Ok, so here's the part of the symposium where things get a little spotty. I spent the first session on Sunday bouncing between Tom Muir's mechanism workshop and Michael Dale Bernard's powder coating demo. Mi Sook Hur, gave an incredibly thorough power point on her mold making and casting process, but I was afraid to pop in because it was very quiet and I didn't want to interrupt. I tried to see a little bit of everything during the first time slot because I was scheduled to assist in the breakout session that was taking place during the second time slot. 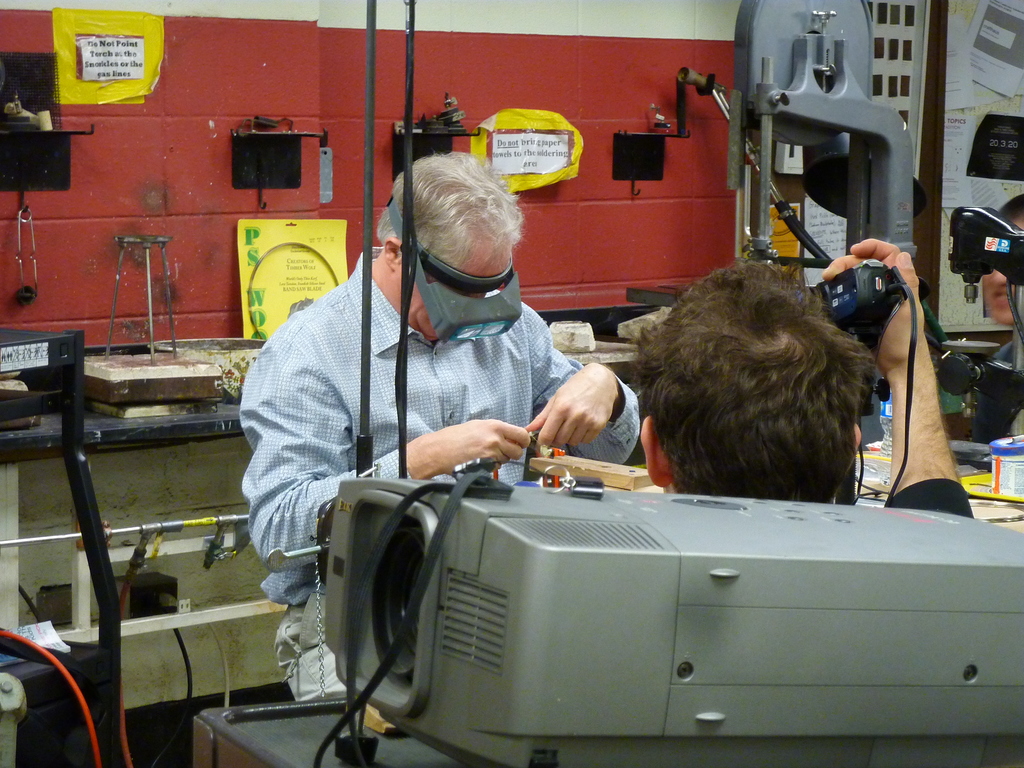 Tom Muir at the bench.

Since I already know the basics of powder coating, I decided to check out Tom's demo first. I had to work the registration table, so I got to the demo a little late, and I think I missed the part where he talked about what he was actually going to show us. This made it kind of difficult to follow the instructions. The room was packed, and even though we projected what Tom was doing at the bench on the big screen, I still had a hard time following. But he did throw in bunches of helpful tips and tricks. I learned that the fluorides in flux aren't harmful, and some advice on how to file a straight edge. I really enjoyed listening to Tom talk about his first few years as a metalsmith and his first job at a jeweler's. I think it's good for students to keep in mind that the technical masters we all look up to, weren't always such technical masters, that it takes years and years of practice. I went down to the woodshop to see what was going on at the powder coating demo and found lots of excited people and lots and lots of brightly colored test pieces and examples. Michael covered the basics and had everybody prep a few pieces to powder coat. He talked about how to achieve different effects by mixing or layering colors, which don't blend like paint, but act more like enamels. I thought this was interesting since most people shoot for that even flat color surface. Michael also had some of his finished work out, along with some of his components. I was able to ask him about a piece I'd seen him wearing the day before and learned that it was actually a left over from a larger piece, where practically all the components were up-cycled from a previous process or object. I love how resourceful Michale is when it comes to making work. He has a different way of looking at the mechanical than I do, and I find it fascinating. I was afraid to just pop into Mi Sook's lecture because the lights were off and the room was very quiet, with soothing music playing. I for sure would have been an interuption. But, I heard that it was an absolutely wonderful presentation, and I'm sorry to have missed it. While you are able to do a lot at the Symposium, you simply cannot do everything. I was able to get a few shots of her work table though. 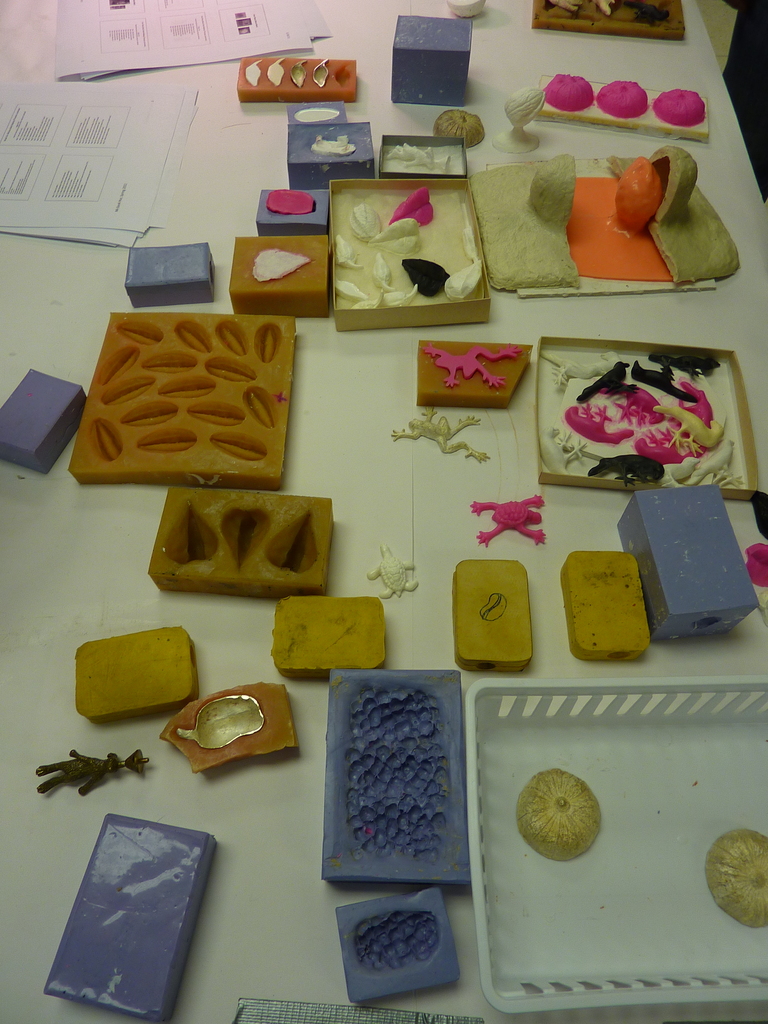