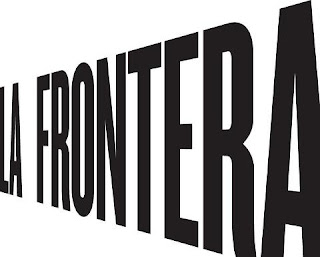 People familiar with my work may be surprised to learn that I use CAD (Rhino, primarily) as a design tool and that quite often, elements of my work are made using CAM processes, such as 3D milling of wax which is then cast in precious metals. My own approach to these technologies is not unique and while I don’t use them as a primary method of production, there are many makers who do – Janet Huddie,…

Hull In A Handcart

Well, not quite, but I did have to travel on a bus - which is nearly a handcart - the trains being cancelled due to a landslip.

Hull is an odd place. For the place in the UK with the highest rates of unemployment and some of the lowest property prices, it feels like a prosperous city. It is clean, it is busy, there are plenty of galleries and cafés. Adding to the oddness is the fact that it is in Yorkshire but while the buildings are completely as you would expect in that great county…

Nicholas Bivins incorporates a variety of materials in his work including wood, auto paint, plaster, clay, decals. The gusto of vibrant colors in contrast to white porcelain is his aim; like hot rods and chrome!

The tray sets create problem solving oppertunities for Nick to explore arrangement, rest, utility, and mobility. He considers the…

This was the first time I had been asked to give a talk about my work and background, rather than talking about technical practice and I found it quite nerve-wracking. Unusually, I was exceptionally nervous, fumbling about and fluffing lines until I…

I had originally nothing planned for the Sunday of my visit. I had been hoping that Victoria would be able to get down from Seattle to meet me, but that didn't happen. Mike - from Velvet da Vinci - and his partner, Tom, took me out for breakfast at "Brenda's", the most happening place in San Francisco for breakfast, it seems (we had to wait about 40 minutes for a…

My second day in San Francisco was spent at the American Craft Council/California College of the Arts symposium called "Craft Forward-ing", an event aimed at students and new graduates with a view to giving them an introduction to the world of business and suggesting ways of actually making money out of…

I am not really sure…

Made to Make collective are embracing the virtual space of the Internet with ‘Matching Items Available’ an online exhibition that went live today to coincide with Schmuck 2013.

One piece of jewellery…nine makers. 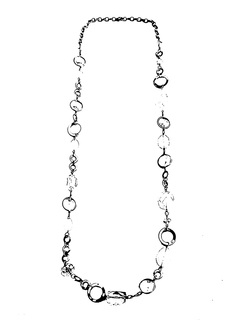 I am a metalsmith/jeweler officially entering the art fair circuit, and I need tables. Well, a booth too, but that is an easy fix. I am looking for collapsible, possibly lightweight tables that can be reorganized if desired in a 10x10 space (booth).  I have come across this really AMAZING company Dynamic Display Solutions if anyone is interested in their products, however they are out of my price range at the moment.

I am welcome to ANY suggestions or…

Scanner test!
Last semester I took Digital Fabrication with Matt Hebert. I really enjoyed it so since then I have been working more in the Rhino program. I have always been very passionate about computer programs and now digital fabrication has finally come to me as a new set of skill.…
Continue