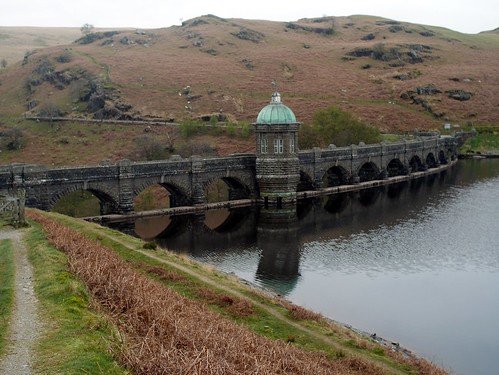 It's been another long weekend with a bank holiday spent in Brighton, so this post is a little bit out-of-date!  The weekend before last, saw the British Art Medal Society annual conference, held in Carmarthen, Wales. I've not spent a lot of time in Wales and have certainly never been beyond Cardiff, so it was a pleasure to be able to explore some of the landscape and environment by heading to Carmarthen by driving straight across the country from Birmingham to the west coast of Wales.

On the way, I wanted to take in the Craig Goch dam, which is a spectacular late-Victorian structure: 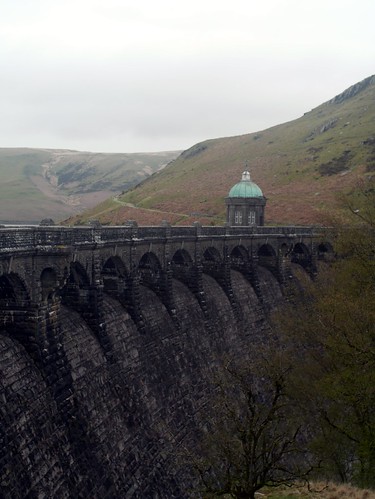 I discovered when I was there that this dam was built to supply Birmingham with drinking water. The dam is very impressive and unusual in having been built from local stone. It is right in the middle of the country and can only be reached by some very narrow and twisting roads which climb up through beautiful, mountainous countryside. 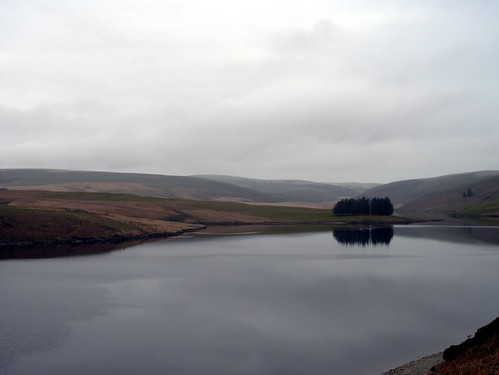 It was a real pity that the weather was so dull.
There was some very friendly wildlife, too, such as this chaffinch which came right up and pecked about my feet:

From here, I headed down to Aberystwyth - there are not nearly enough vowels in Welsh! - which is a pleasingly dilapidated seaside town. I do like a run-down British seaside town out of season and Aberystwyth is lovely (if you ever chance to visit, make sure to visit Treehouse for breakfast - quite the best breakfast I've eaten in a long time). 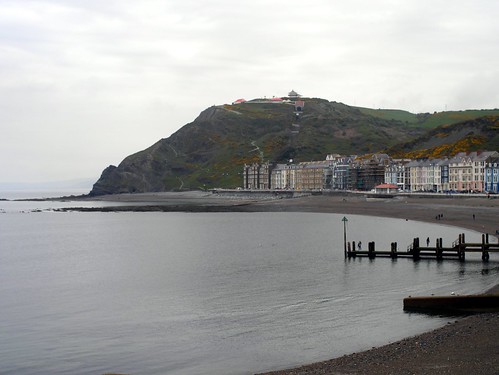 I see a funicular railway on that faraway hill, which means that I'm sure to return during the summer.

From here, I drove down to Dowerdd to see my friend and colleague, Mark Fenn and his wife in their new house and to marvel at their energy and enthusiasm for refurbishing their house and for making the bold move from urban Whitstable to one of the most rural places I can imagine!

had a lovely lunch here at Dolwerdd with the Davit Alexander aka the Justified Sinner @Wringhim good to catch up and great company as always pic.twitter.com/1JM4R57Rm4
— Mark Fenn (@mark_fenn) April 21, 2017 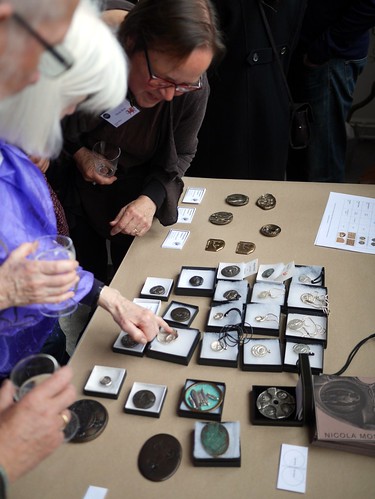 So to a weekend of medals and a very exciting weekend it was too, based in the Carmarthen School of Art, one of the oldest art schools in the UK and which has an excellent sculpture programme including iron casting, led by the inimitable Andy Griffiths who not only provided a wonderful workshop in casting medals in iron but also fed us in his house with a phenomenal home-cooked "vegetarian banquet"! 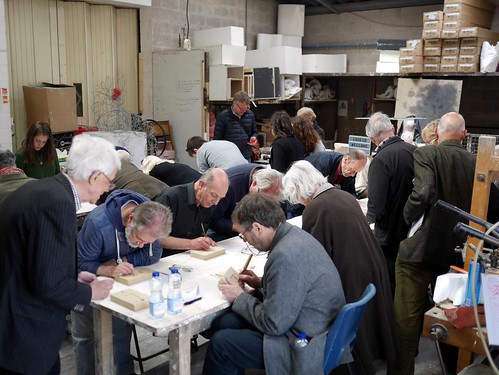 Everyone had the chance to make their own medal by engraving into blocks of compacted sand: 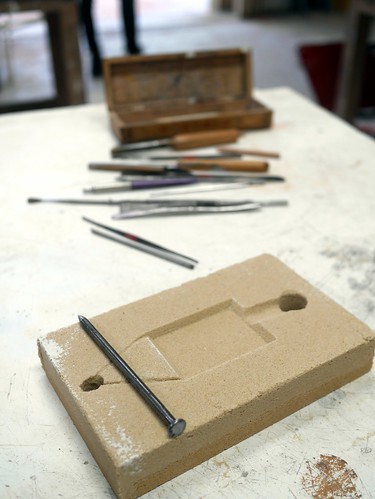 My own pattern was based on the Welsh word for "Iron", which is "Hearn": 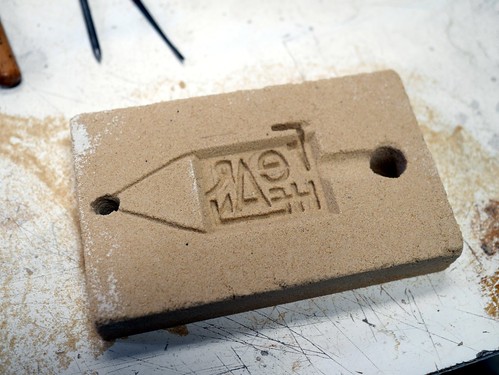 The sand is pretty unpleasant to work - it crumbles easily and can't really be detailed - but it is an interesting process. 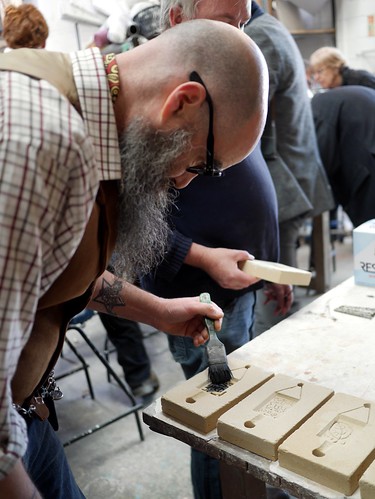 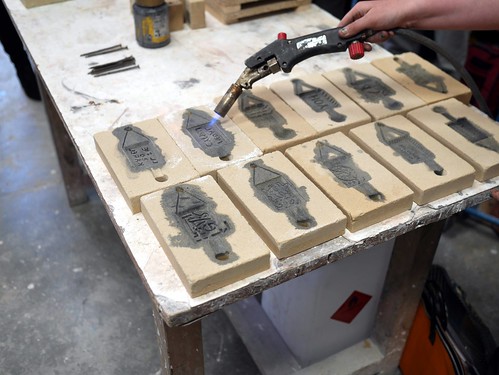 These moulds were then stacked and tied and we all moved outside to the main action: the melting of the iron and pouring it.

Andy and his team of students and staff built the foundry themselves and charged it as we watched. 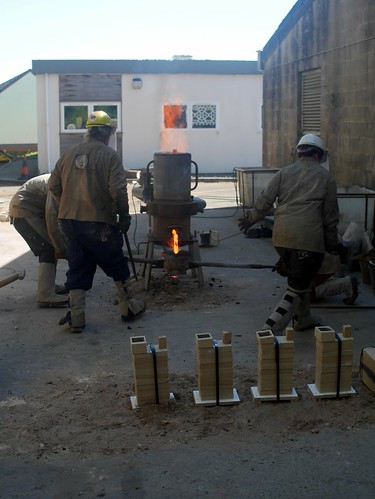 The medals were poured and given to us the next day... 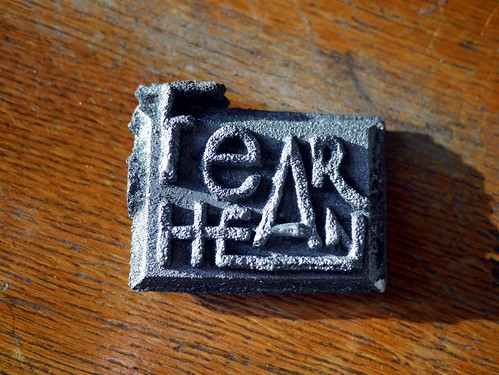 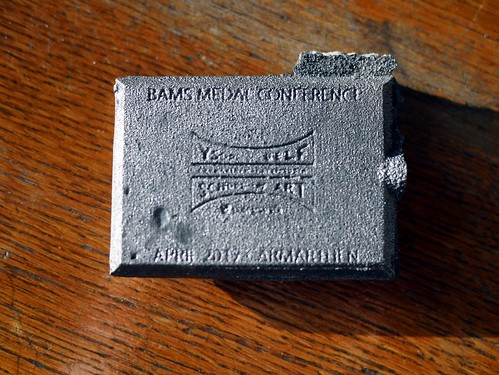 After this, we were whisked off to the Carmarthenshire Museum to look at their small collection of medals, explore the collection and listen to some decidedly angry poetry in Welsh (which, amusingly, none of the Welsh-speakers could explain: annoyingly, the declaimer of said poetry refused to explain). 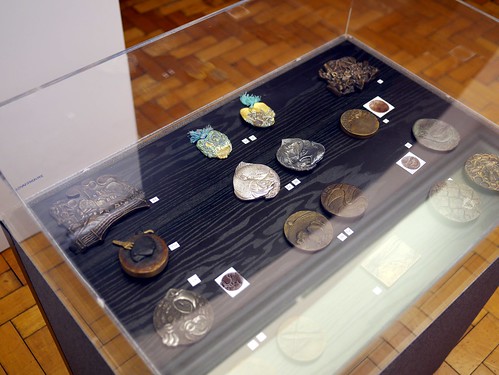 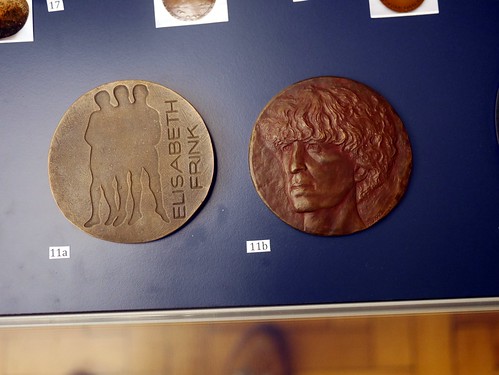 Elsewhere in the museum was inspiration, including this remarkable device to stop calves suckling: 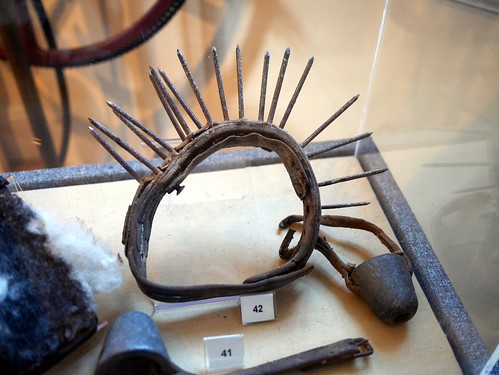 And some excellent miners' tokens: 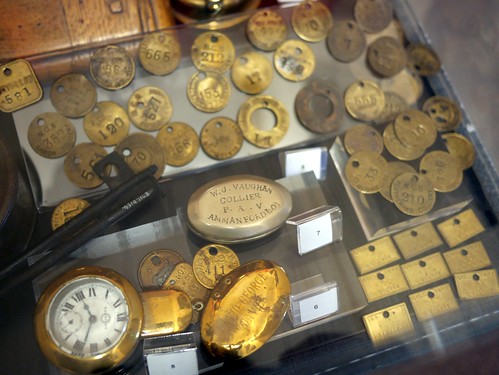 Next day, we headed out of town to visit a forge run by father-and-son team, David Petersen and his son, Toby for a demonstration of blacksmithing and medal-making in a forge. 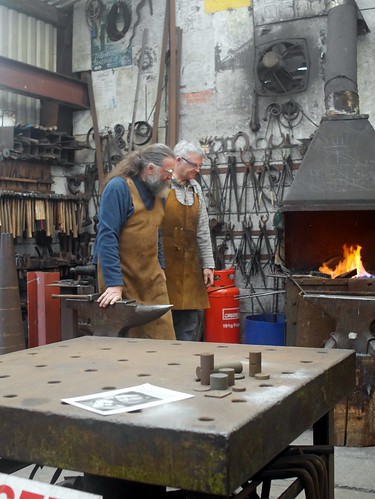 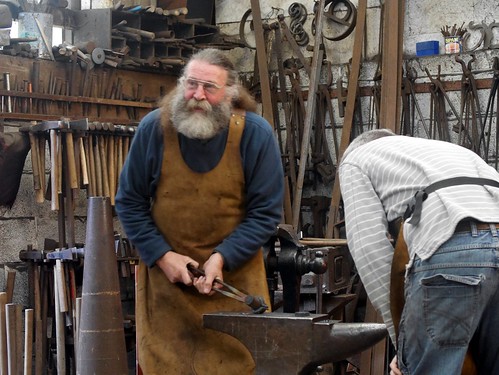 David is very charming and very funny and the morning flew past. The idea of forging medals is an interesting one. It seems very primitive and I do like the effect. 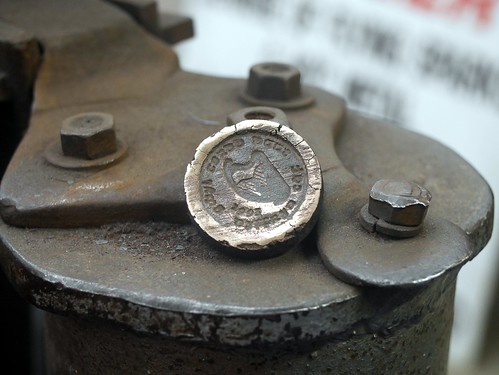 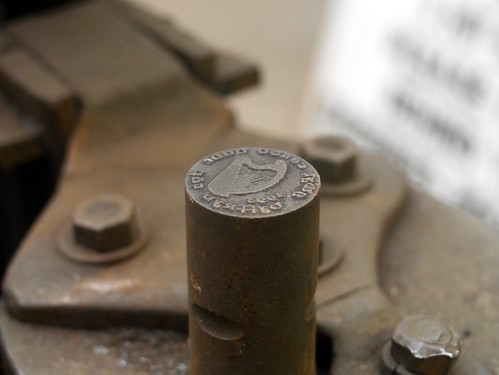 After this we went for lunch and then on to Laugharne, home of Dylan Thomas, a very beautiful town. Irene read us some of his poetry on the way there and on the way back again. Way preferable to the angry man the night before! 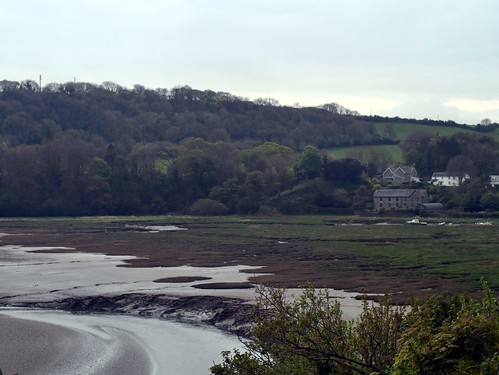 Thomas wrote of Laugharne, "This timeless, beautiful, barmy (both spellings) town…….a legendary lazy little black magical bedlam by the sea". It has to be said that none of the magical bedlam was in evidence on the day we visited. Unless the BAMS contingent contributed that. 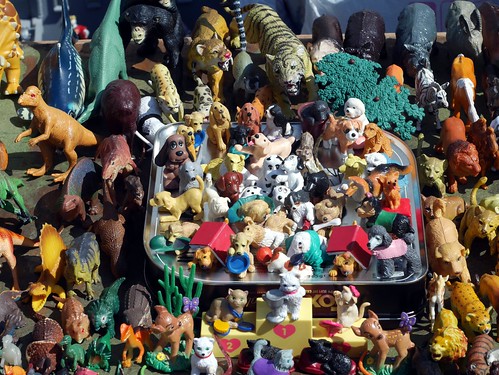 Brigitte! I would love to host you here and introduce you to some of the phenomenal makers here whom you don't already know. It would be great for you to meet with the Craftspace people too!

Many thanks. Amazing update on your recent whereabouts. I really need to visit you...