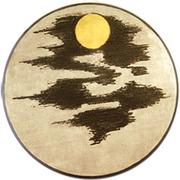 
Learn to engrave traditional Japanese patterns borrowed from nature such as cherry and plum blossoms. Learn to write Kanji characters using Japanese methods and engraving tools: Katakiri Tagane and Kebori Tagane. Tagane from Japan are provided as part of the materials kit.


Naohiro Yamada is a master metalsmith who was trained in traditional Japanese metal techniques in a long line of swordmakers. Yamada sensei is a graduate and former instructor of Hiko Mizuno Jewelry College in Tokyo. Today he has his own studio where he teaches, mentors and develops and exhibits his own product line.