"Talking Practice" at the School of Jewellery with alumnus, Peter Taylor of the Goldsmiths' Centre who is being given an honorary doctorate by the University. I've known Peter for years and it was great to hear him talking about his surprising route from bench jeweller to project manager for the Centre. 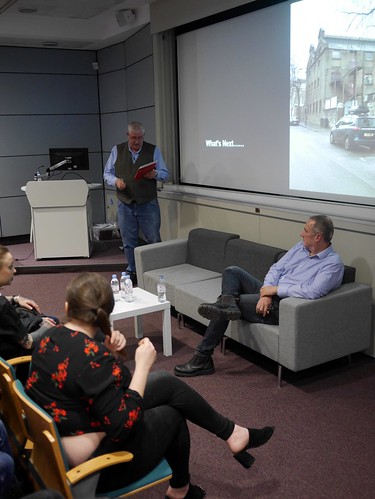 Our "Talking Practice" events have become increasingly successful, with the last couple being capacity, which is very encouraging. 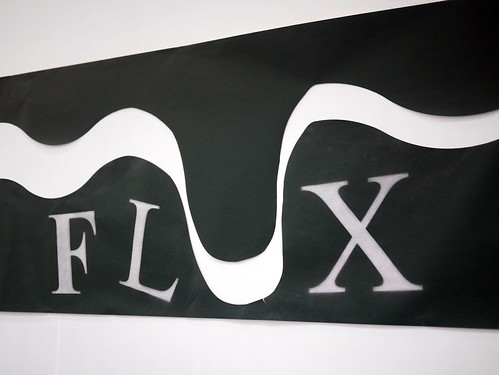 The same night, we hosted "Flux", the exhibition of work by our Artists-in-Residence, a programme which has been running for some years now and which grows every year. This year, we had 17 artists working across the programmes, helping out with the teaching, advising students and, most importantly, using the facilities to make their own new work. 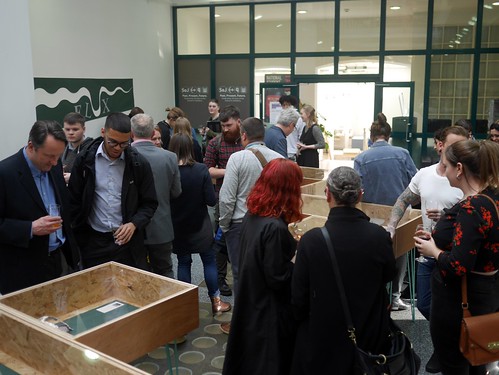 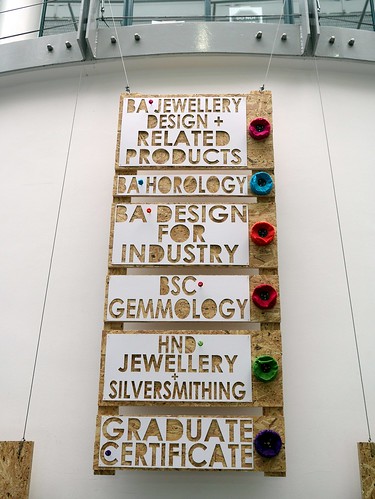 June brings marking and the GRADUATE SHOW! Always a time for panic but this year, the co-ordinating team had it all thought out and it went really, really well. Everyone said that it was the best in years and I agree. The quality of the work produced was overall much higher than usual too, and I am very proud of my HND students, more than half of whom got much-deserved "Merit" and "Distinction" grades.

As you can see, the full range of skills on show. Unfortunately, I was so caught up with everything that I failed to photograph any of the HND work. I do, however, have photographs and will post them soon. Here are the graduates, however: 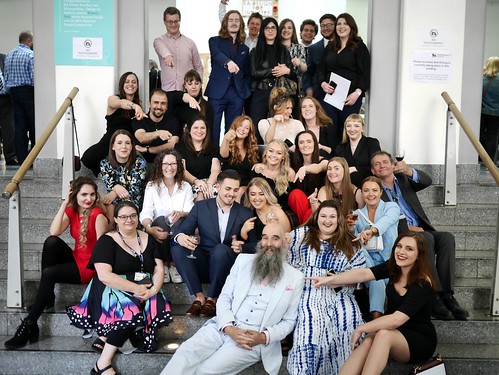 Genuinely one of the very best classes I've ever taught. Lovely, lovely people. 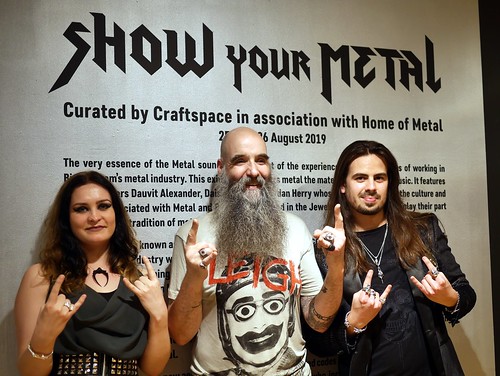 Craftspace are an amazing organisation. Regular readers will have noticed that I have mentioned them rather a lot since my move to Birmingham and I feel very fortunate indeed that I had the opportunity to connect with them and work with them. Deirdre Figueiredo heads up the dynamic team which can bring together an exhibition like "Show Your Metal" in the space of about 8 weeks, from conception to opening!

Working with two graduates of the School of Jewellery - Daisy Grice and Jordan Herry - we pulled together a show looking at how Heavy Metal, Jewellery and Birmingham go together as part of the much larger "Home of Metal" exhibition which is happening across the city this summer. 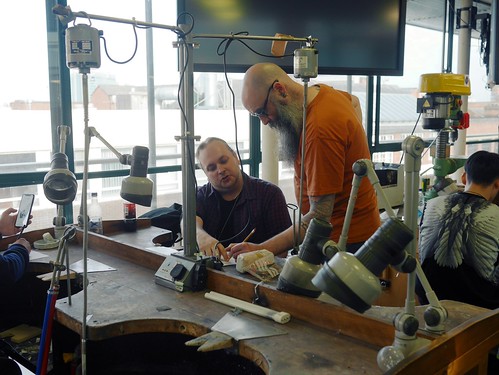 Working with fans and volunteers from the project, we had five, two-hour sessions to make pieces of jewellery which reflected their love of the music... Which, amazingly, they did! I will confess to having been very worried about whether this could work or not, but the results are superb: 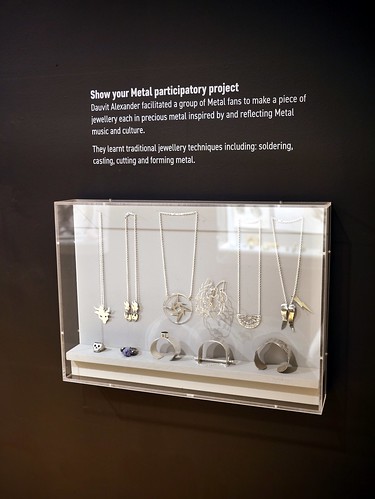 This is a big show - it is in one of the smaller galleries at the Midlands Arts Centre until the middle of August alongside some marvellous photographs and the quilts by Ben Venom. 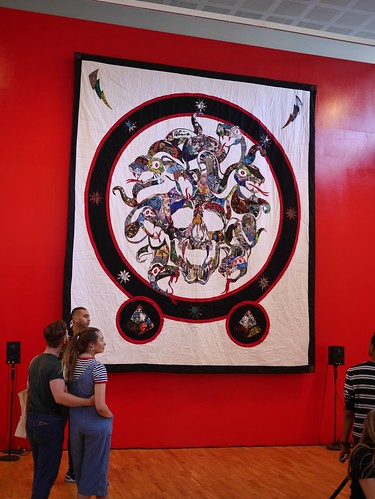 The choice of bands for the cakes at the private view were somewhat controversial, I would suggest: 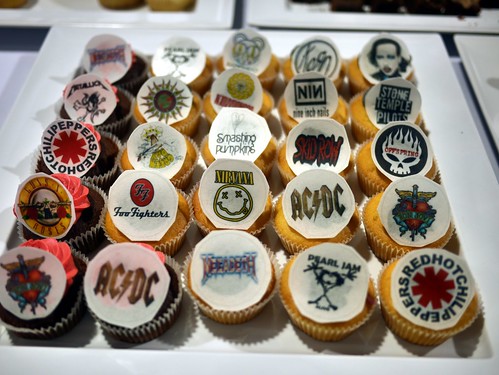 New Designers next. Not an especially great show overall but it was good to catch up with some of the people I had met in Rochester for the opening of "A Waste Land" earlier in the year and to finally see William Romeril's automatic pencil-sharpener finished and working: 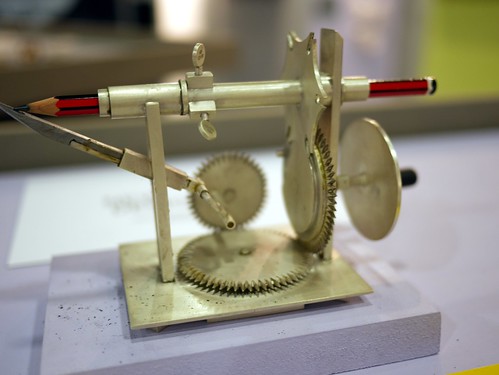 Also really nice to have a guided tour of the Glasgow School of Art stand by one of my ex-students, Cat Dunn! 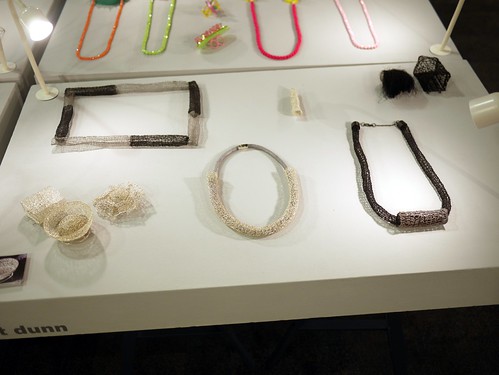 By far the most exciting work, for me, was not, however, jewellery. Fred Andrews makes very beautiful Aeolian harps and has been working on a method of allowing them to be 'played', for the user to influence the sounds which would normally be made by the wind: 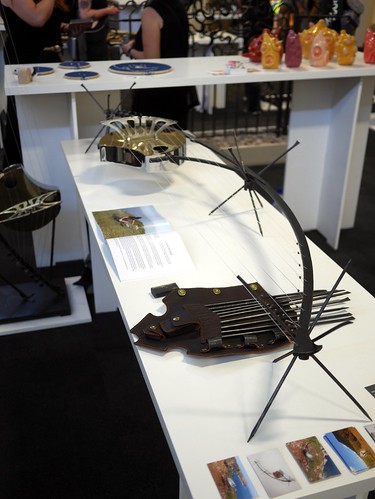 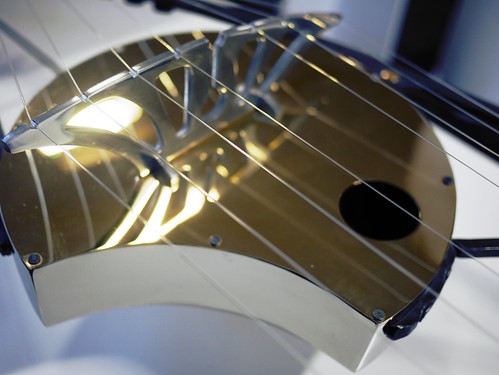 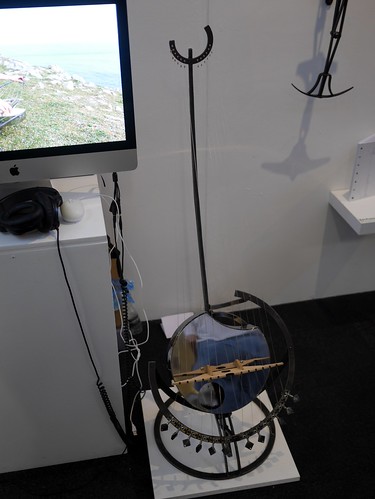