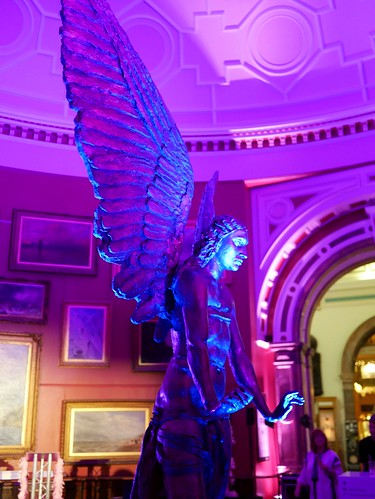 Bathed in pink, Jacob Epstein's Lucifer looks disdainfully down on the crowd at this week's "Carnival of Cute" at Birmingham Museum and Art Gallery. There is no version of hell he could have imagined which could be worse than this...

"Too Cute! Sweet is about to get Sinister" is a fantastic show, curated by an artist I've been watching for some time, Rachel Maclean, probably best known for her work, "Feed Me":

It is mostly not her own work - though there is a new video piece - rather, she has designed an environment in which to display her own curatorial choices of work from the collections of the Arts Council and BMAG which sit on the uncomfortable boundary between "cute" and "sinister". Having always been unnerved by an excess of the deliberately cute and not really getting the more usually-defined cute objects (nasally-deformed dogs, babies, miniature fruit and vegetables, inanimate objects with eyes...), I enjoy that Rachel performs a high-risk balancing act in which she reveres the cuteness while simultaneously undermining it. There is a lot of fun in what she is doing but there is also a vicious skewering of the late-capitalist urgency for consumption, something which she makes explicit in the accompanying video and about which she spoke passionately at the reception. 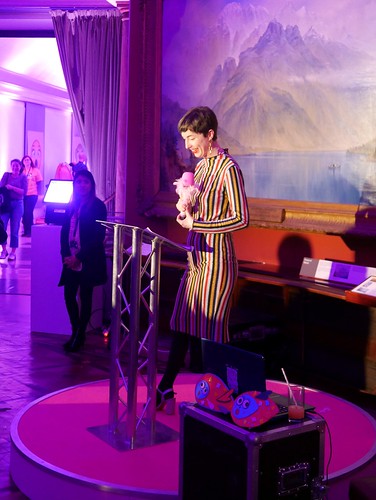 It was rather a surprise to see her as a self-possessed, balanced and cheerful person!

The show is excellent. It is funny, thoughtful, disturbing and only after leaving do you realise that it is transgressive and shocking.

I have linked to this article before, but I think it is critical - late-capitalism needs the population to be in a constant state of angst. Rachel Maclean has exposed yet another tool in their kit.
The show runs until May 12th. 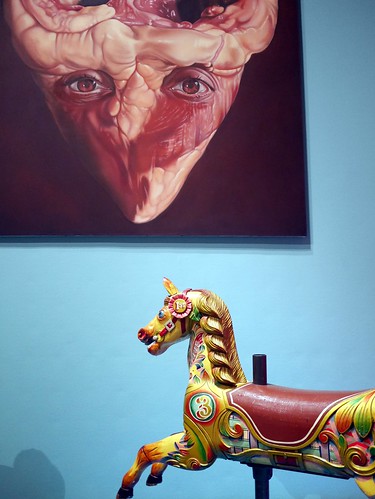 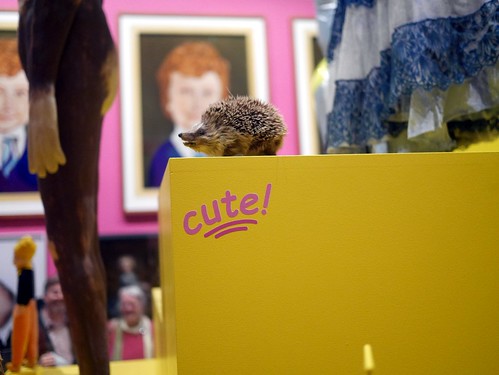 On the subject of late capitalism, I've been listening to the new album by The Specials, "Encore" (which is very good, exactly what I would have hoped for but with a bit of a 70s funk edge going on, a tango-tinged "The Lunatics Have Taken Over The Asylum" and a song called "Breaking Point" which is one Optigon away from Tom Waits) and was also listening to Terry Hall being interviewed by comedian, Richard Herring. I'm not a huge Herring fan but listened because I haven't heard anything from Terry Hall since the eighties and wondered what he had to say, especially about the current state of the world, given his fantastically gloomy socialist view of the 1980s. As with so many of the socialists from that era, they were not suckered in by the softer capitalism - or is that centrist socialism? - of the early 2000s as they had seen what hard-line capitalism ("Thatcherism") had done. In this interview, Hall mentioned that his favourite book was "The Assassination of Margaret Thatcher" on the grounds that "I like a book with a happy end", which is a pretty good line but I was intrigued... 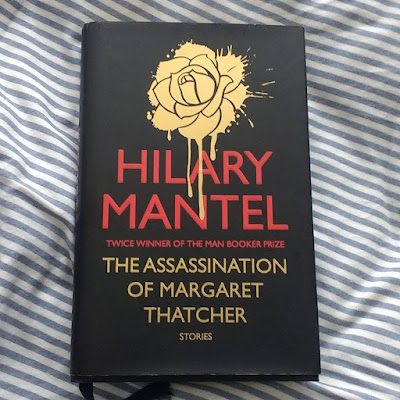 Discovering a new writer for me to enjoy. These are just fantastic short stories, all with a lovely balance of bleakness and humour. I've never read any Hilary Mantel before, having written off her "Wolf Hall" trilogy as the sort of historical romance stuff that you see people reading in airports and therefore it was something of a surprise to read these elegant, literary stories and to do a bit of research to discover that she's something of a literary superstar! That's what comes of judging books by covers...
Thanks to Terry Hall for that one.

If you are interested in the interview, it is on the Richard Herring podcast.

Music has been a big part of the last few weeks and this week I signed up to Bandcamp (yes, a full eleven years after the site launched!) after discovering that the new Test Dept. album was only available through that outlet. I've also been listening to the incredible Spellling and her album, Mazy Fly, which I also found on Bandcamp. 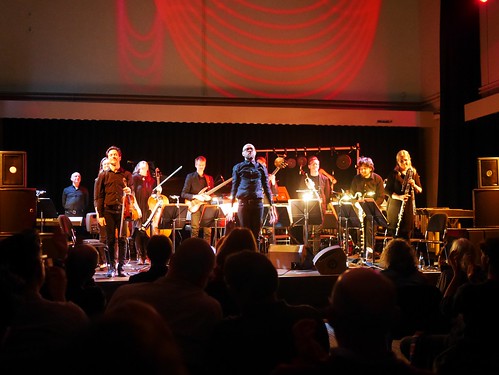 Off to Dublin for a flying visit to see Crash Ensemble perform Fausto Romitelli's "Professor Bad Trip", a most incredible piece of music which I have wanted to hear live since I heard it on a radio programme some years ago, introduced by Jonathan Harvey. I subsequently became a bit obsessed with Romitelli's music, which really sounds like nothing by any other composer, but have never had the chance to hear much live. The performance in Birmingham of "Trash TV Trance" a few weeks back was the first piece I heard live and this is the second. I'm pleased to say that it exceeded my expectations and clarified so much about the music: the use of live electronics, amplification and spacialisation is not evident in the recording I have, nor is the importance of the 'cello in the central movement, played here with unbelievable bravado by Kate Ellis.

Here is the "First Lesson", conducted by Ivan Volkov

I didn't have much time in Dublin, so went for a wander the next morning, being really saddened by the way in which the city has embraced Europe and the EU without losing anything of its own identity.

Such a shame the UK is being driven to the exact opposite. 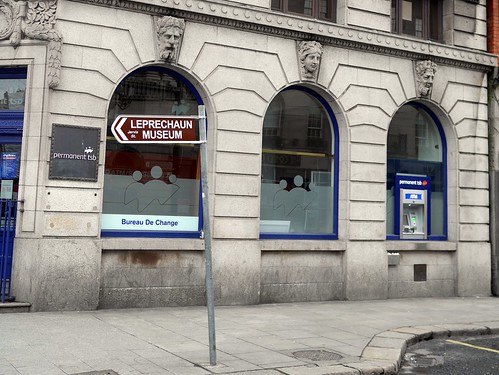 Perhaps we never had the same confidence in our own identity in the first place.