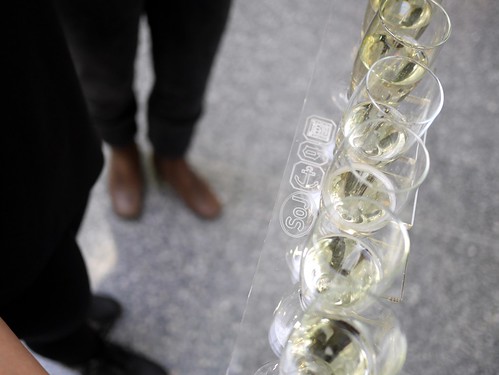 So we kick off this week with an correction and an apology. In my last blog, I credited the elegant champagne-flute holders which were used at the Fei Liu reception as having been "designed and made" by Paul Evans, when, in fact, they were designed by Andy Howard and then made by Paul Evans.

This week started off very musically with four concerts of electroacoustic music at the Birmingham Conservatoire. I set off somewhat early on Monday and with some time to spare, decided to visit the new Central Library in the city centre. I'm somewhat predisposed to dislike the new library as it was built to allow the demolition of John Madin's magnificent brutalist icon, commonly known as "The Ziggurat". 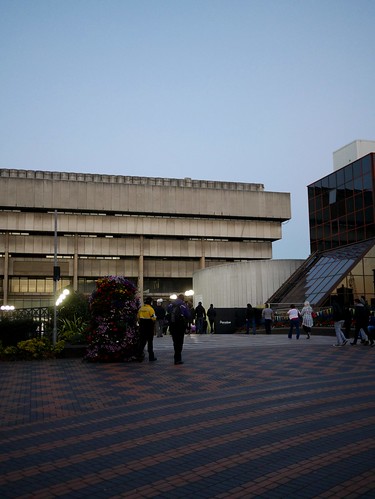 A building which I have photographed many times and which I think has some very unique and wonderful features. It is being torn down to be replaced with the blandest of the bland international-cut-and-paste crap.

I do actually loathe the external appearance of the new library: it looks cheap and gimmicky, it looks badly made, the massing is wrong, the gilding is tacky... 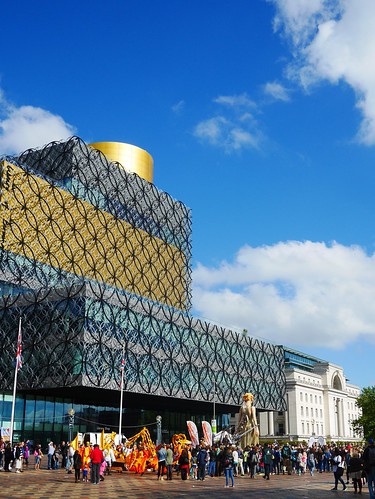 BUT it is quite amazing inside. In fact, so amazing inside that I found it impossible to photograph; it somehow or other magically combines the look of an ultra-traditional library - think rows of dusty books and dim lighting, stairs and ladders - with ultra-modern interior design and there are delightful surprises hidden all the way up the structure, from the terrace cafe to the incredible reconstruction of the Birmingham Shakespeare Society library which is an almost visceral shock to walk into, to the roof garden with panoramic views of the city. 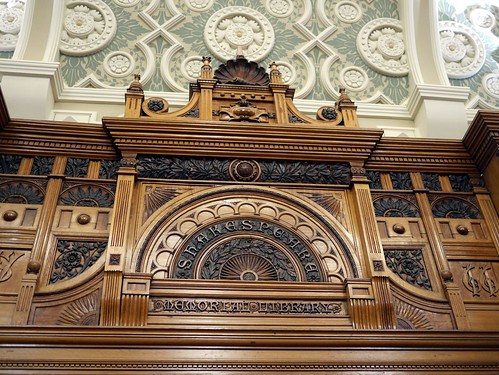 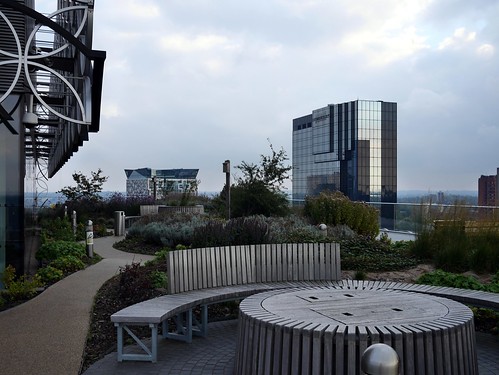 Anyway, back to the music... It is so long since I've been to a concert of challenging contemporary music and it was good to see that the "Frontiers: Legacies in Technology XIV.I, II, III, IV" series was well-attended. The programme consisted of a mixture of music by students and staff at the Conservatoire as well as from further afield. 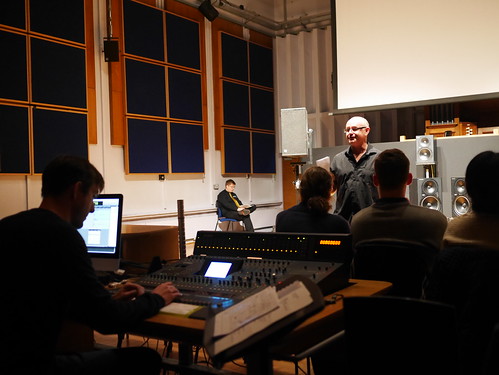 It was all quite exceptional but I was especially taken with Horacio Vaggione's "Points Critiques" and Adrian Moore's computer-and-violin piece, "Fields of Darkness and Light", being rehearsed (and later performed) here by Sarah Farmer: 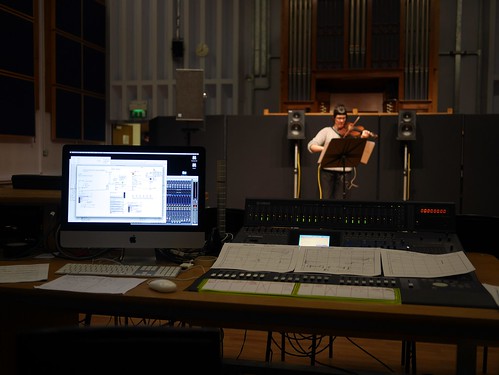 Michael Wolters also deserves credit for his delightfully, hilariously stupid, "Sad Toilet Door". I will leave you to imagine...

The BA Jewellery and Silversmithing students have only been in the School of Jewellery three weeks and already they have an exhibition together, "Cocoon", which is a show of small vessels. Rather as my own students on the HND are progressing at a rate which I cannot believe, it is amazing to me that these students have pulled together such accomplished work in such a short period of time: 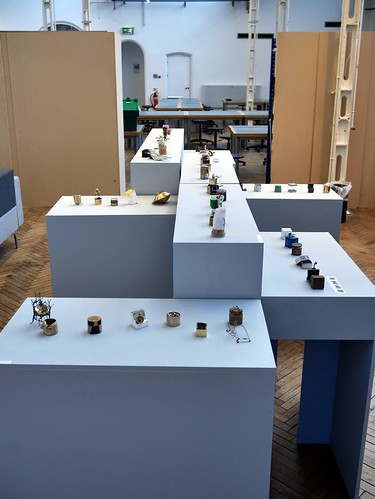 Unfortunately, I can't credit any of these pieces as they were unlabelled. 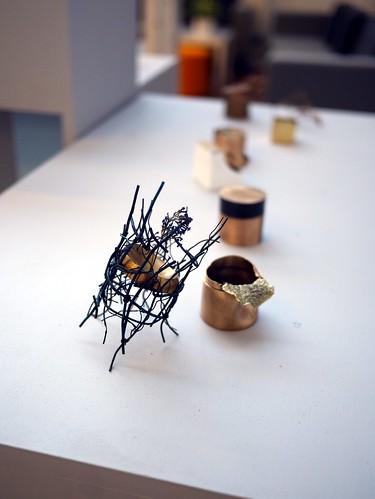 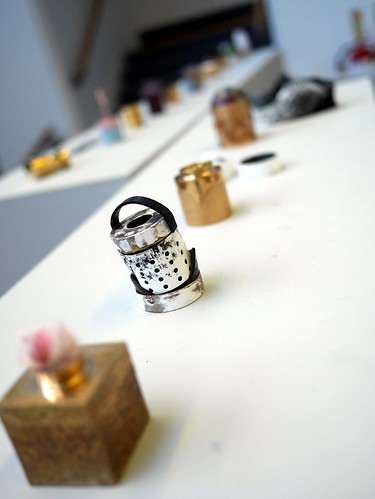 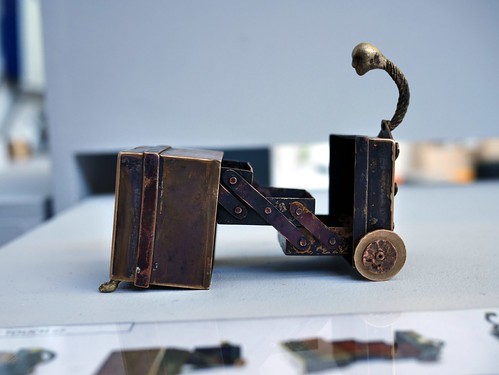 I've also been back in the workshop myself, making another commission for a customer, this time from a spoon which was found in a nightclub in London, burnt and encrusted with drug residues. I am really glad that person for whom this is being made picked it up as it gave me a chance to make a really distilled little piece on the theme of "(The Path Of Least) Resistance", which I've been thinking about as a title for some time now: 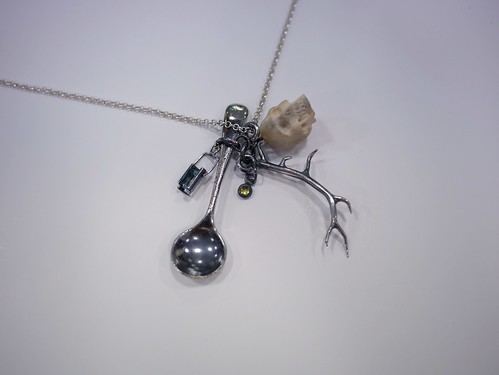 In case you are wondering, the title - which also has a meaning for the person who commissioned it - came from a song by one of my old favourites, The Human League:

I also took the time to have a rake through the metal that I found in the abandoned factory on the day that I had the interview for the job at the School of Jewellery (see here) and realised that there are some pieces which just make themselves: 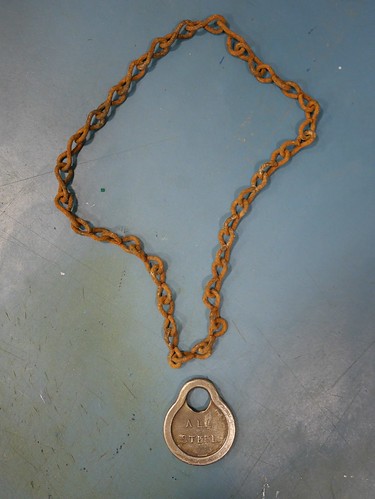 Dare I leave this as minimal as "The Ancient Mariner"? 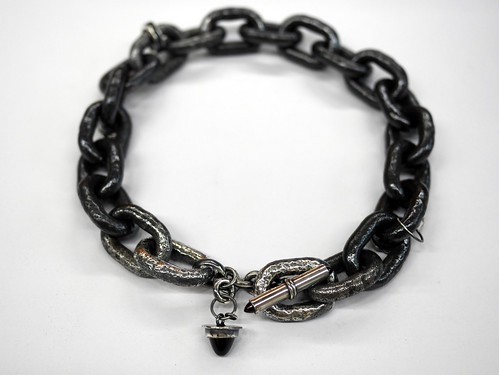 I woke up on Friday morning to find that I was all over social media. Not just me, but also Jan Donaldson, my partner in The Contemporary Jewellery Exchange, 2015, which several of my colleagues at the School of Jewellery are also taking part in. TJCE 2015 is almost a completed project, and organiser, Olga Raben, had published some of the collaborations. This is me, wearing the piece by Jan: 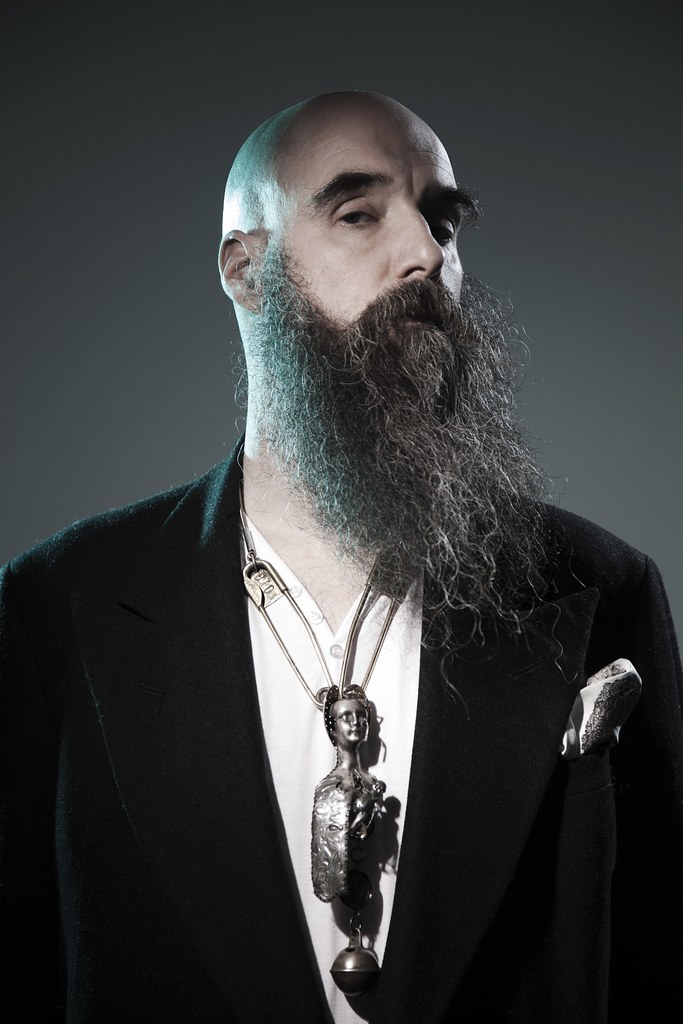 The photograph of me is by Simon Murphy and not being able to call upon his amazing skills is a definite minus for living in Birmingham!

Marcia Lanyon was in town this week with a collection of stones. I had to buy some very ordinary stones - marquise, round brilliants in garnet and peridot and the like - but she also had these wonderful included quartz squares: 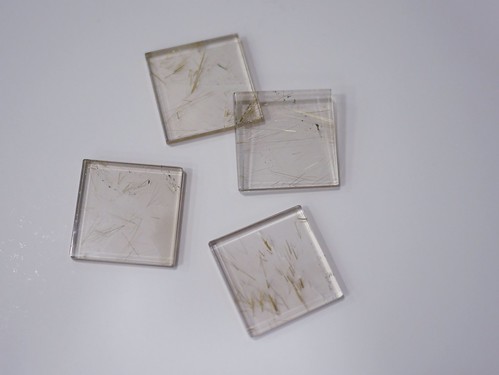 I'm already thinking about how to use these. It is a while since I've made a cocktail ring...

Nothing else to report for this week. I've spent a very quiet weekend writing my talk for The Society of Jewellery Historians and making cakes. 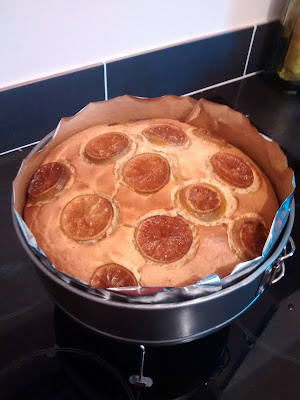 A caramelised lime Madeira cake, made to use up the embarrassing glut of limes which came about after I asked for "four limes" at the Digbeth fruit and vegetable market, not realising that £1 bought the whole container of fruit, and the trader cheerfully tipped 25 limes into my rucksack. This used up 6 of them.

Love the photo of you!