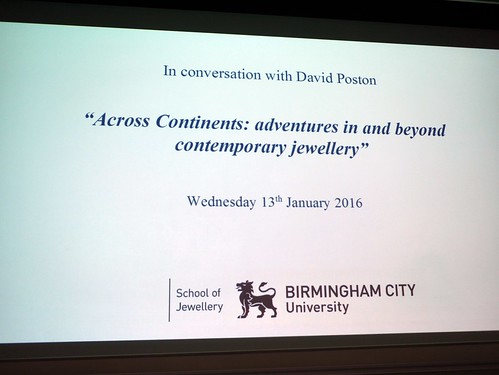 This week has been dominated by the arrival of David Poston at the School of Jewellery. a man of great intelligence, skill and charm who absolutely blew us all away at the Symposium held on Wednesday to look at some aspects of his practice and the legacy of that practice.

David is really one of the unsung heroes of Social Enterprise. While we are all just catching up to the power of community business and the importance of ethical business practices, David was exploring these ideals in the early 1970s. You might think that there was nothing unusual in this - the post-hippy idealism of 'third-world' aid washed down with a cup of nasty 'Fairtrade' instant coffee - but that would be to miss the point. Unlike the slightly patronising nature of many projects at that time, David wanted to make real change, big change, and set up programmes in Africa to give local people skills and to empower them to pass these skills on to others. He encouraged them to trade on their own terms.

The symposium took the form of a series of presentations from speakers who had either experience of David's work or who had worked in a similar way to him, starting with Elizabeth Wright of the British Library who had interviewed David for their Craft Lives oral history series: 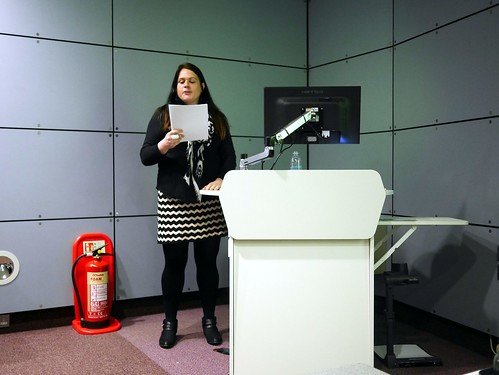 This gave us a background to David's work. Unfortunately, I don't think that these interviews have been published yet, but when I find them, I'll post a link. 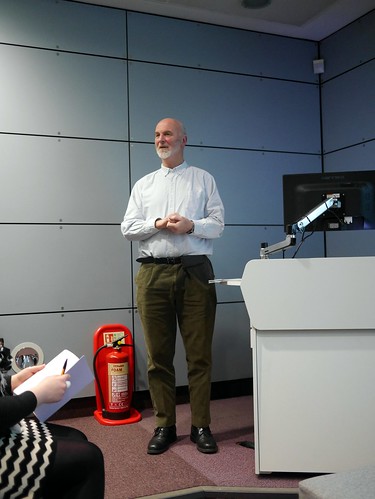 Next up was the man himself, speaking with good humour about his deeply-held beliefs, his practice, philosophy and politics and, most interestingly, how he describes himself as a "designer" or "problem-solver" and not as a jeweller. He is consulted by all manner of non-jewellers to come in as a fresh eye to solve issues in situations as diverse as education and bio-sciences, where his non-specialist approach can look at the whole issue before formulating the question which needs to be asked. 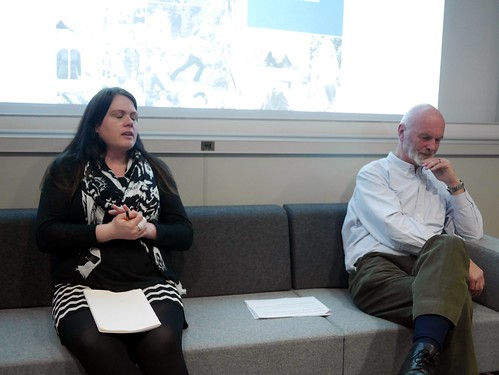 There followed a lively question-and-answer session in which the staff had all been primed to ask questions... 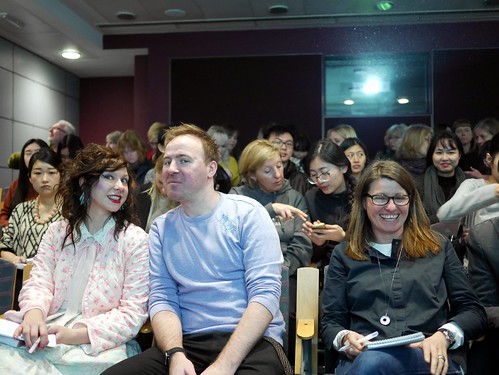 I'm pleased to say that this wasn't necessary!

After a break for tea, we heard from Laura Cave about her experiences of setting up social enterprises in South America and India. 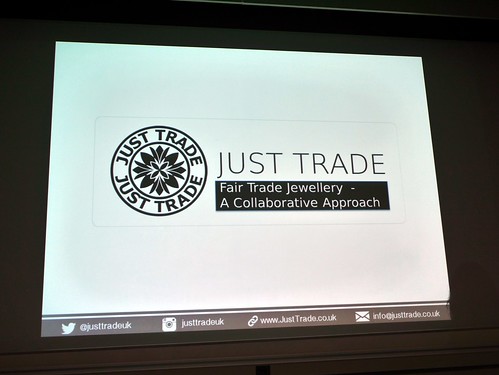 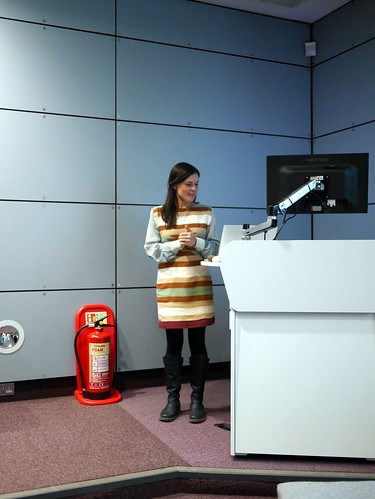 Laura's talk focused on her practice and her way of working within a community to engage them with the ideas of the market they would be selling into, as well as the impact that this had on her own practice. 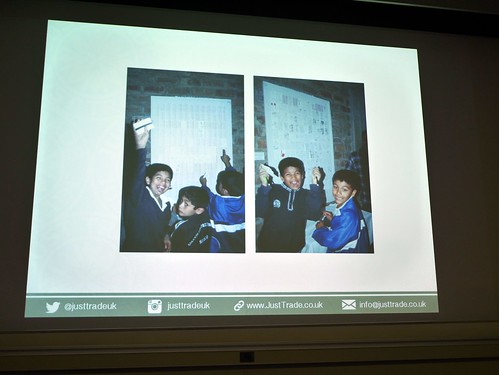 Last speaker of the day was Maria Hanson who spoke about her experiences in Zanzibar, completely wrong-footing us with this beguiling image: 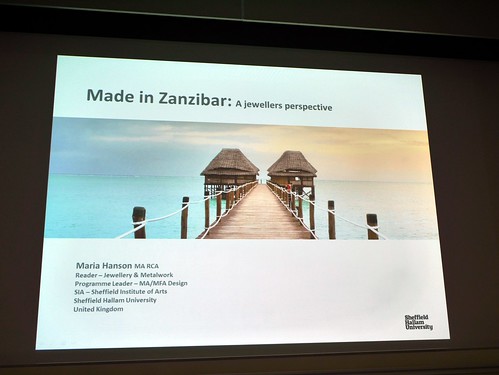 And then gave a moving account of how she felt that her time trying to set up a project here had not been successful, outlining why she felt it had failed, an important point for people to consider when they are thinking about social enterprise projects - what happens if it doesn't work? 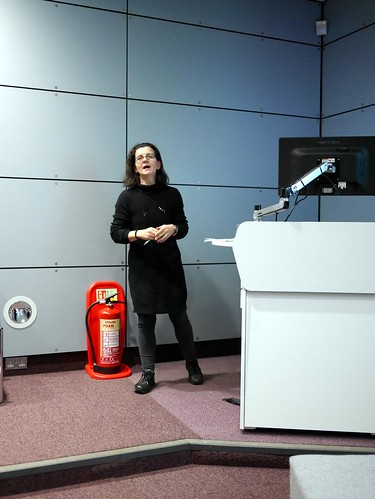 Another Q&A session followed, chaired by Zoe Robertson and David invited his colleague from Oxfam to join him. 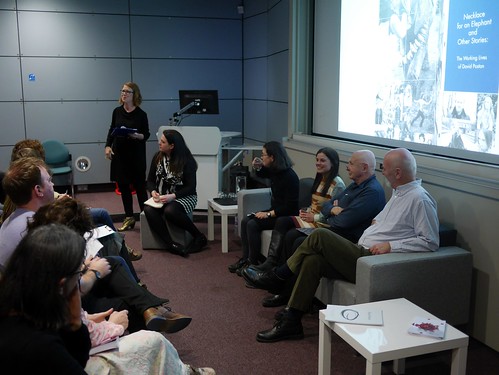 This brought the symposium to an end and we all went off for the private view of the exhibition.

I'm still not clear why it took us so long to catch up with the ideals of community enterprise which David explored nearly forty years ago but I am glad that we're seeing the development of these now, both at home and overseas. 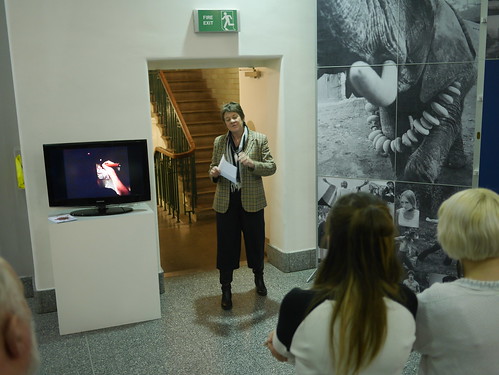 Gaynor Andrews, head of the School, opened the exhibition and the non-stop Mr Poston endeared himself to everyone, spending a lot of time talking to the students. 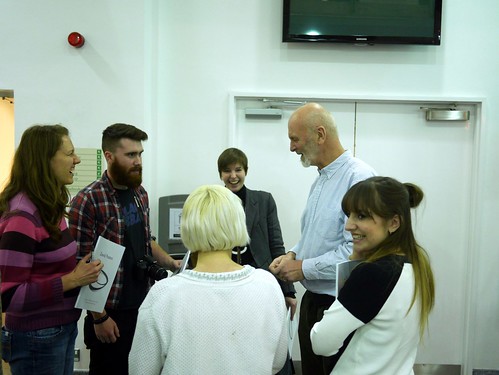 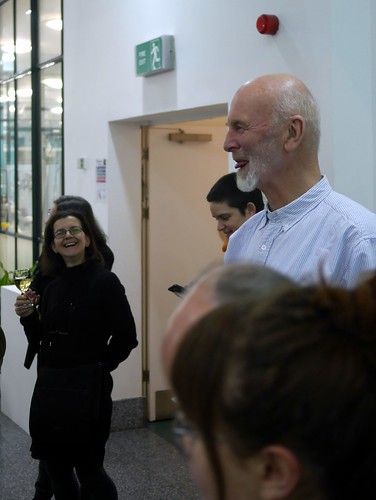 One of the things I love about these shows is that I get to meet loads of people. This time it was Steven Goldsmith, polisher extraordinaire!

The week ended with the BA Students - the same ones who brought us Lot Fifty-Eight just before Christmas - with a small show of fast, experimental works in which they had to use non-traditional materials to make work... 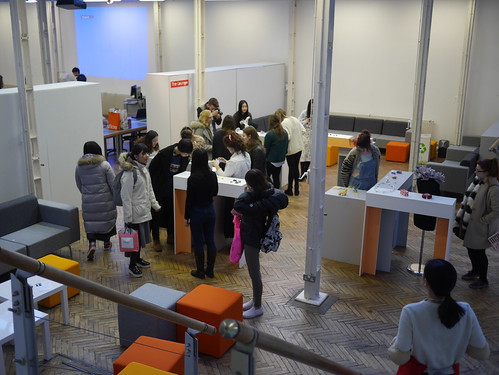 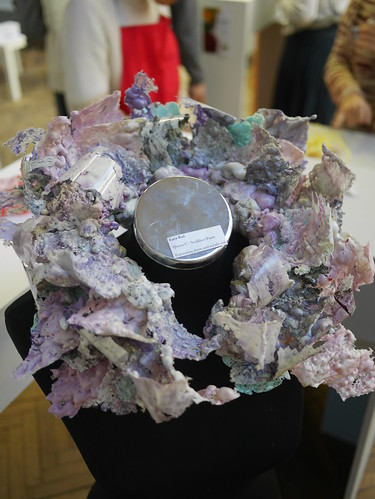 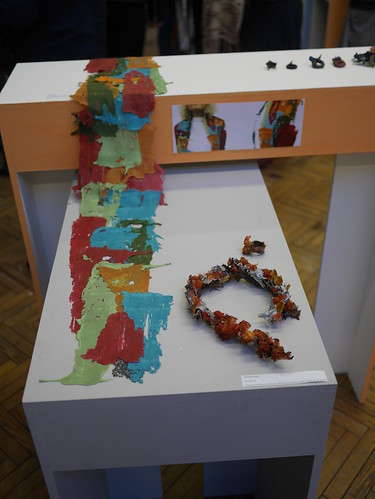 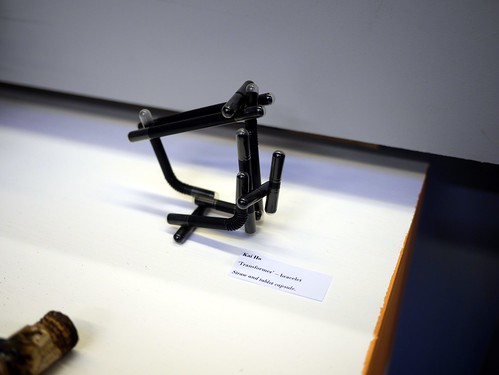 The week was somewhat marred by the death of one of my great heroes and influences, David Bowie. I think that everyone knows how much I loved Bowie's work and one of my pieces for the 2013 ACJ show, "ICONS" was "Future Legend", a brooch made after the "Diamond Dogs" album narrative: 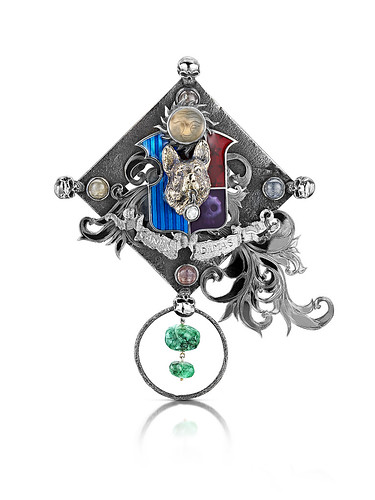 And in the death,
As the last few corpses lay rotting on the slimy thoroughfare,
The shutters lifted in inches in Temperance Building,
High on Poacher's Hill,
And red mutant eyes gaze down on Hunger City,
No more big wheels.
Fleas the size of rats sucked on rats the size of cats,
And ten thousand peoploids split into small tribes,
Coveting the highest of the sterile skyscrapers,
Like packs of dogs assaulting the glass fronts of Love-Me Avenue,
Ripping and rewrapping mink and shiny silver fox -now legwarmers,
Family badge of sapphire and cracked emerald.
Any day now ,
The Year of the Diamond Dogs.
This ain't rock'n'roll - this is genocide.
As "The Last Day" had come out of the blue and blew me away when I heard it - probably his best album since "Scary Monsters (And Super Creeps)" - I was SO excited to hear "Blackstar" and ordered it the second it came out: it arrived the morning after he died and I've not been able to bring myself to listen to it yet. 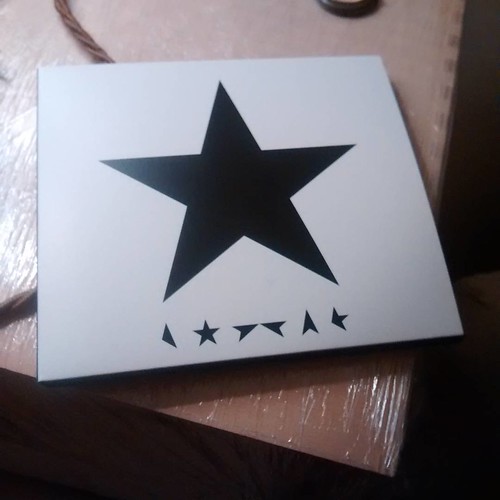