Statement: "I‘m a self-learner sculptor. I studied in the animation/digital fx field. After graduating from a cg school, I found that my heart belongs much more to the pre-production, and the art dpt though. In 2011, I’ve decided to jump into the world of concept-art and makeup-fx. I’ve made this website to show my work and progress, and to be able to learn and share various techniques with other sculptors, fx makeup artists. You can also follow me on Tumblr, where I post pictures of every pieces I’m working on, at every stages, sculpting, molding, casting, painting and more." 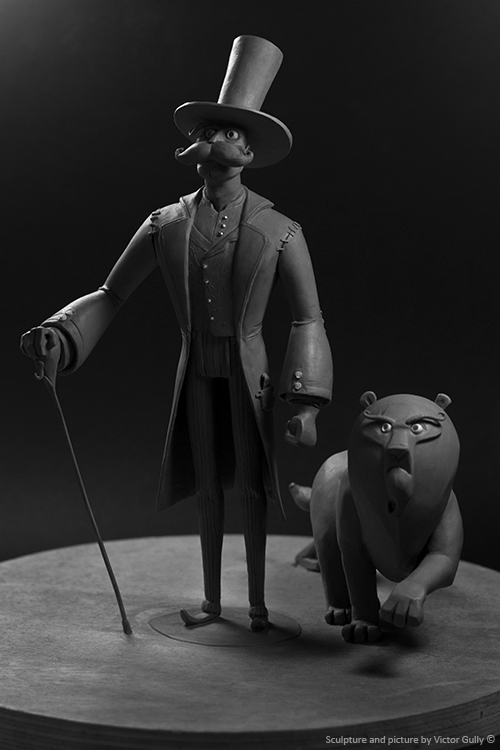 Razum
Diorama study of one of the secondary characters of the short film project "MUN" and one of his lion.
Sculpted in Chavant NSP Hard.