Freshly graduated from the Beaux-Arts, former resident of the prestigious Casa Vélasquez in Madrid, Fabien Merelle distinguishes himself through his style, at once realistic, minute and dream-like. 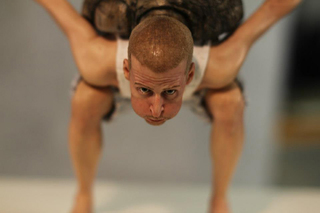 After having tamed his childhood drawings, which he completed with lots of humorous touches, his latest series takes the artist himself as its main subject. Invariably dressed in pyjama trousers, a conspicuous sign that the perception of the world is viewed through dreams, the depicted boy takes us with him on a fanciful ride. 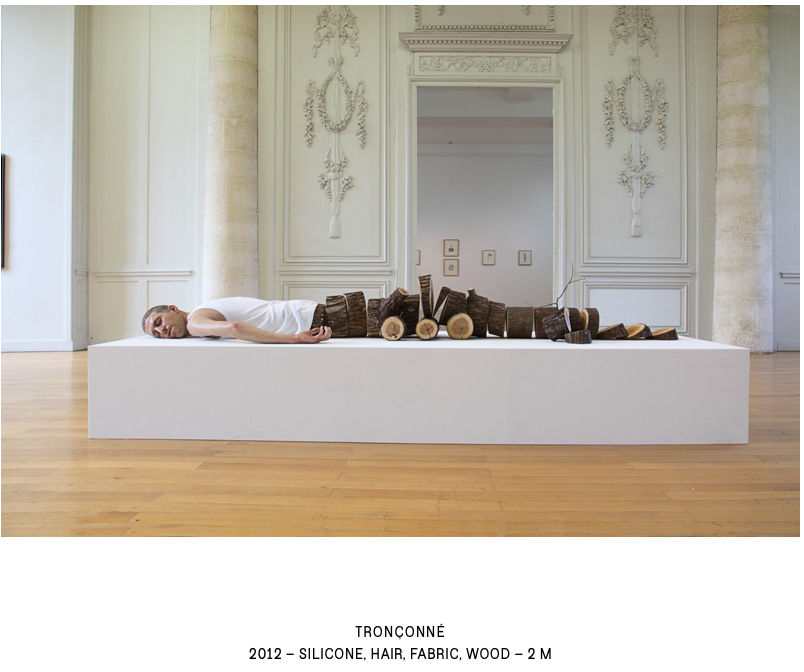 Fabien Merelle loves the shadowy world of tales. He re-entered it by rediscovering his childhood drawings which had been carefully preserved. He completed it with his experience and his imagination. The dream can easily turn to nightmare when it shows a young man of 29 years, with hardened and emaciated features, suffering from the attack of a trunk which invades and devours his body. This sure ain't no Disney cartoon. 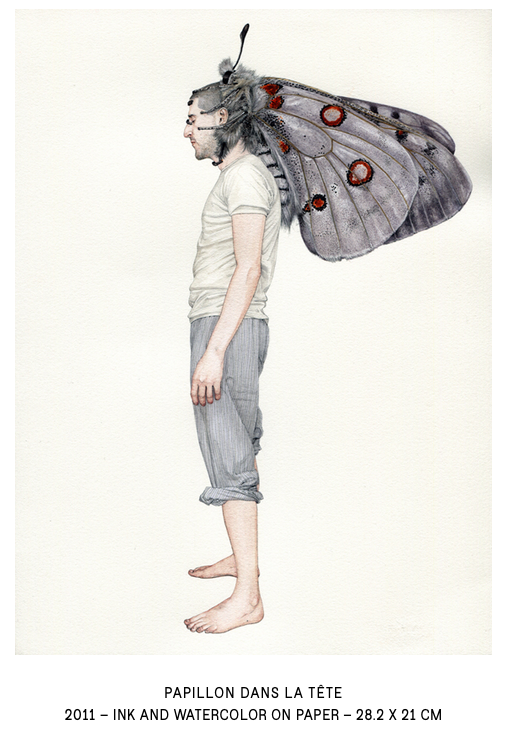 A sort of Robinson Crusoe of modern times, Fabien Merelle comes out of his cave to confront a funny world referencing ancient myths and legends as much as major figures of art history or the tradition of anatomical drawing. He plays with puns and quotes which he transforms with a stroke of the pencil. His drawings show an obsession for detail veering on mania and pointing out the precision of a line laid minutely with China ink. 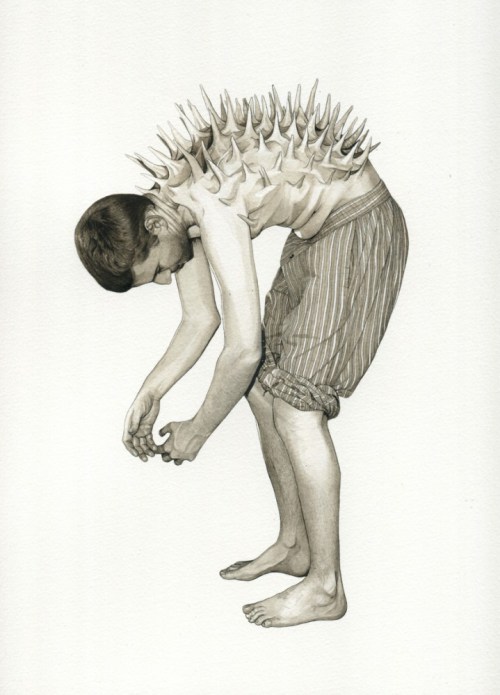 Merelle shows the spectator in a complex universe, mixing evil spirits, watches and childhood fears. Following the unrolling of a dream, playing with the free association of shapes and ideas, he seems to say that everything is transforming, morphing, opening itself to the most diverse interpretations. 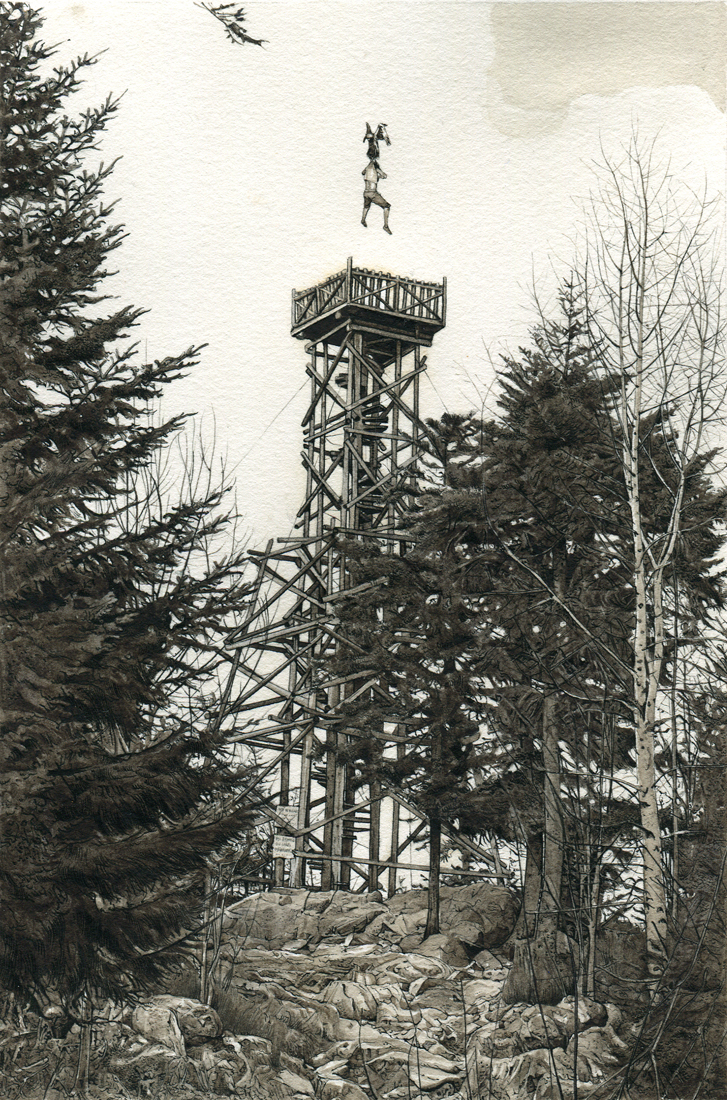