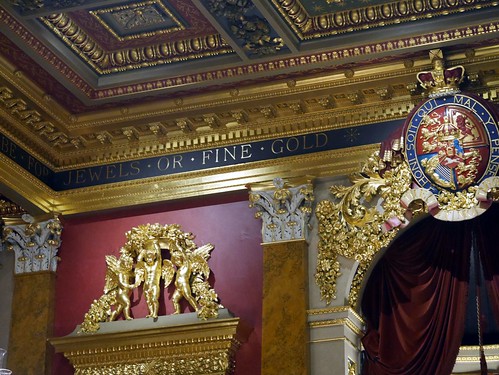 Kicking it all off was the annual Goldsmiths' Craft and Design Awards in the gilded splendour of Goldsmiths' Hall. About thirty of us, staff and students, jumped on a bus to London to collect our prizes - not that I personally won a prize, but several of my students and ex-students did.

Hosted with aplomb by Theo Fennell, the awards celebrate all that is great in the UK jewellery industry (I was delighted by the Prime Warden's comments about how we need to be able to say that without being 'brexity'). The work, of course, is fantastic, not just the work from my own colleagues and students.

With one of my first-year students, Hamed Arab Choobdar, taking a silver for his startling CAD design for a ring: 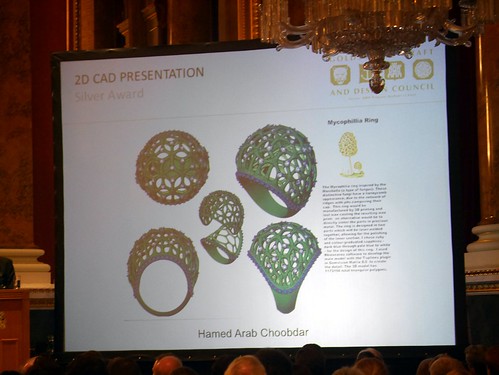 And with students from BA Jewellery and Object, MA Jewellery and BA Jewellery and Silversmithing Design For Industry, Staff AND our one of our Artists-in-Residence winning prizes, it is hardly surprising that the School of Jewellery won the coveted "College Trophy" for the second year in a row. 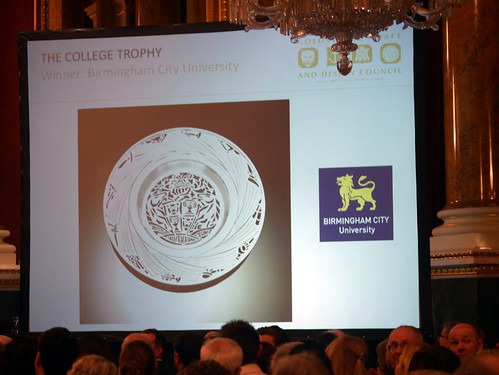 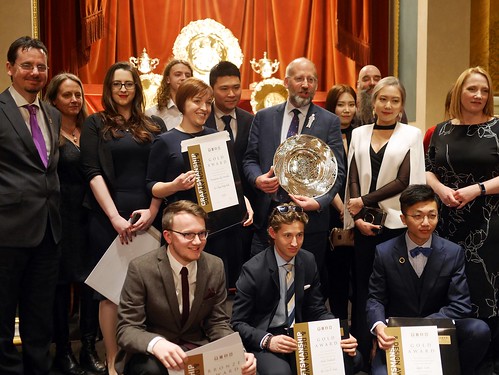 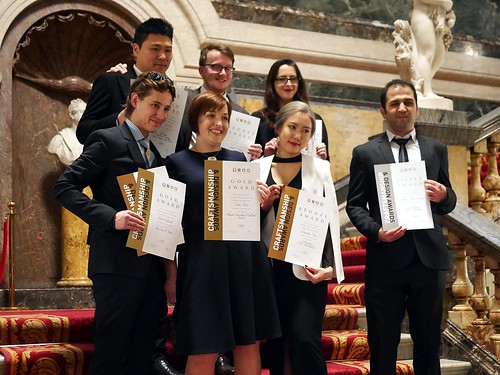 Although my favourite version of this photograph is the one with added Rebecca Skeels: 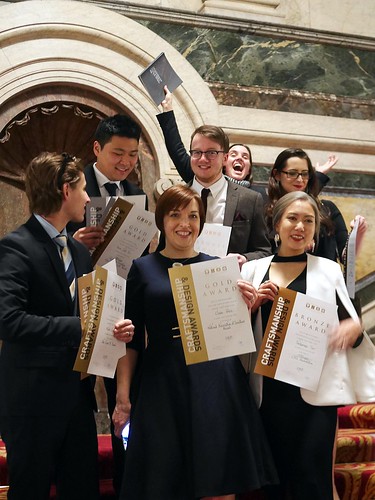 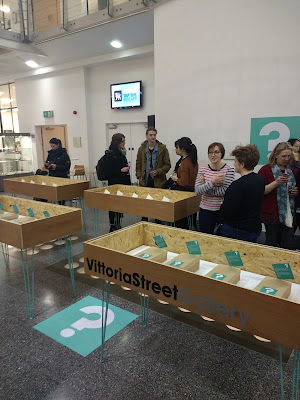 On Tuesday we had the opening of the Staff exhibition in the Vittoria Street Gallery, "In The Loupe 2" - you can read about the secret box format in my previous post here. As I hinted in that post, I've been working on something very, very unlike my usual work but first, the fun!
Everyone had 30 seconds in which to open and explain the contents of their box and the contents varied from works-in-progress to pieces made especially for the show and every member of the teaching and technical staff was invited to take part. 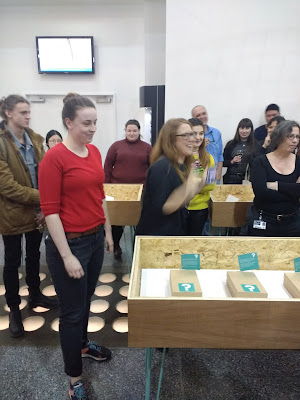 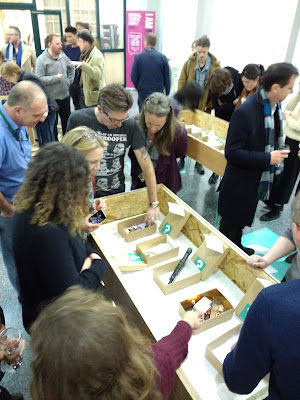 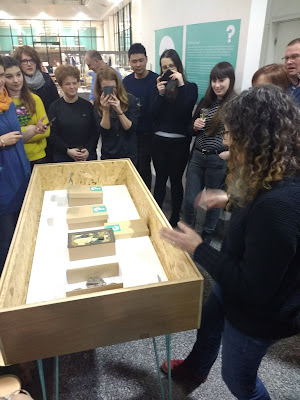 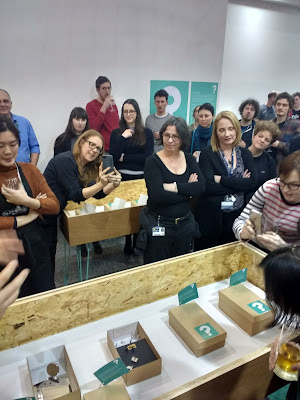 Unfortunately, I forgot my camera and so all of these were taken on my mobile. The shots of the work below were taken later.

And, of course, I unveiled the work I've been so secretive about since mid-January... 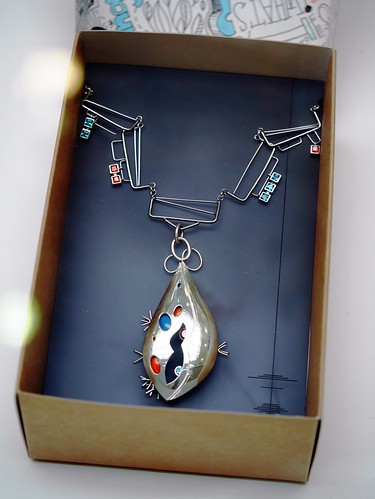 Based entirely on a page of doodles from a long meeting: 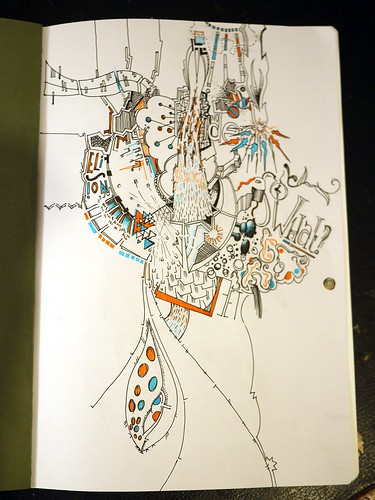 Made in silver, enamel, CZ and stainless steel. 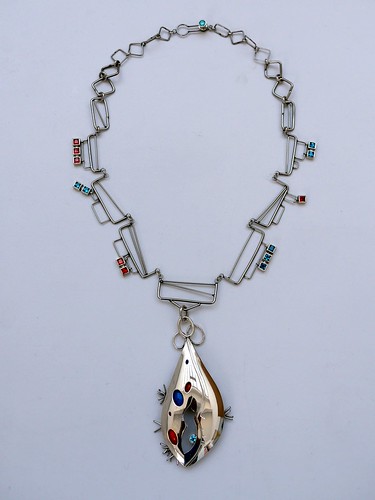 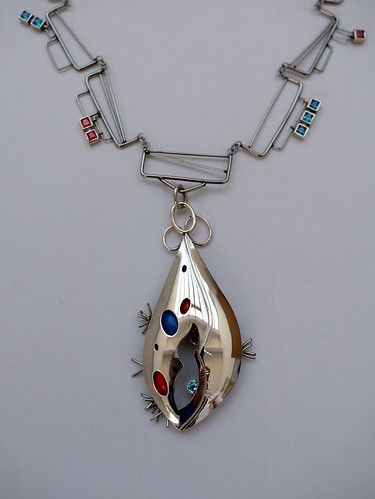 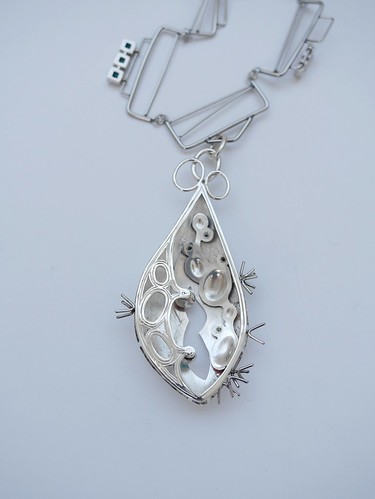 I've never thought of myself as someone who works from drawings and I certainly have never taken my doodles seriously: they are sub-conscious or semi-conscious outpourings, which I have always done (I can remember doing them on the back of rolls of wallpaper when I was about 6). Every notebook I own is covered in them, so it was a bit of a surprise when Zoe Roberston suggested I turn them into work. Problem-solving the piece was fascinating and it was a pleasure to be working in more traditional fine jewellery mode again.

Somewhere in the middle of all this, Katy Tromans won the top prize at this year's Artistar Jewels competition, which is part of Milan Fashion Week: 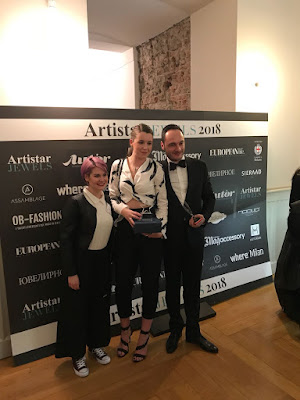 Thursday brought a visit to the Birmingham Arena for the International Association of Athletics Federations World Indoor Cha... opening ceremony, with my student, Menna Jones, designer of the medals awarded at the event. I am not going to post the medals yet again - you can see them here if you are interested. The very idea of going to a sporting event leaves me cold: I might just about be persuaded to go to a rugby match or to a mountain-bike event, but athletics?

Menna was part of the opening ceremony, which was amazing. Here she is being interviewed on the big screen: 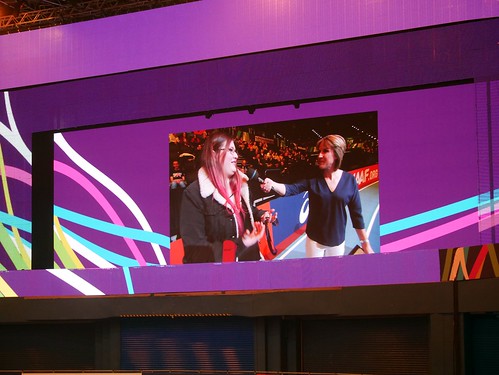 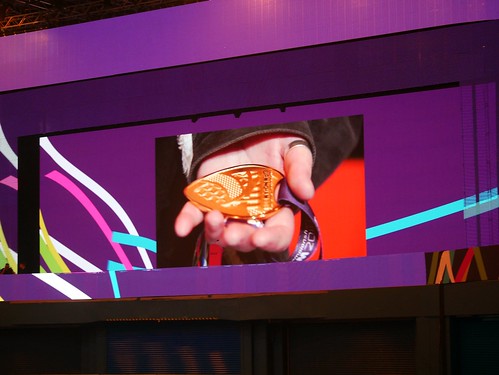 I had originally planned to go along for an hour or so, show face, support my students - the two runners-up in the competition, Rachel Bromley and Sofie Macearnuig, were also invited along - and then leave again, but it turned out rather differently. The whole thing was actually rather exciting and we ended up staying until the very end!

It was the high-jump (men's and women's) and the women's 3000 metres and there is something compelling about seeing these competitors sail elegantly over the bar or strategically hang back for a dash at the end. 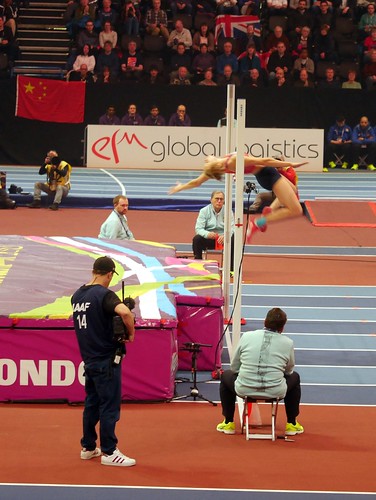 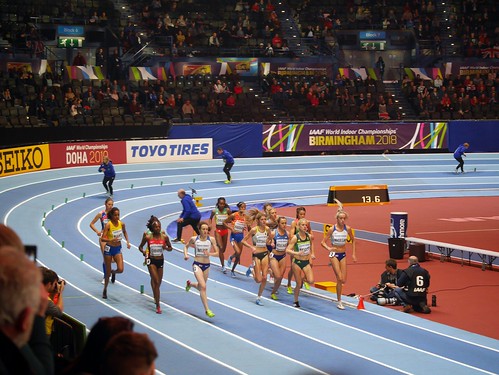 Of course, I probably fail as a sports fan because I want them ALL to do well, not even caring what country they represented!

It was so good to see the medals finally being presented and worn: 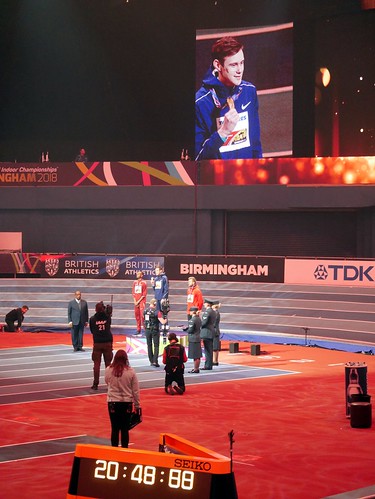 Unfortunately, outside, it had been snowing...

It has been freezing hard here. I've not been on the bike and my beard froze going to work! 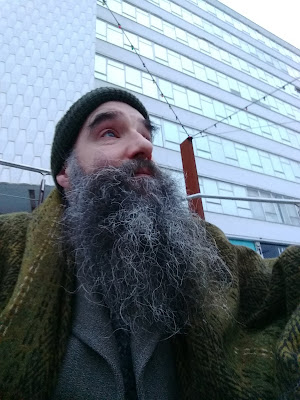 The poor garden is buried under an unseasonal 150mm of snow and has suffered -8 degrees C. The beans were up, the garlic was up, the artichokes were positively thriving and now this! The only thing I can see is that the artichokes are now looking very wilted indeed. 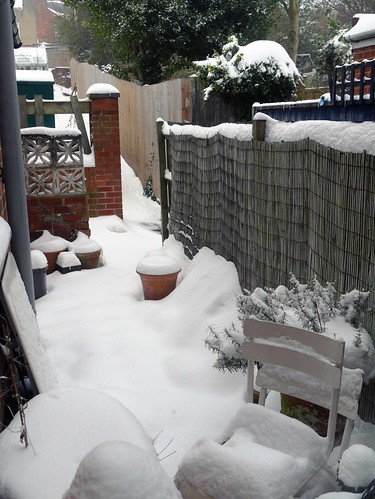 SO, a weekend in the house.

Trying out some designs for next year's Goldsmiths' Hall Craft and Design awards!

Here is a stop-motion video of me making one of the drawings which were the focus of the piece in "In The Loupe 2", mentioned above:

This one starts off by drawing round a matched - but not identical - pair of smoky quartz. May lead nowhere, but it is interesting. 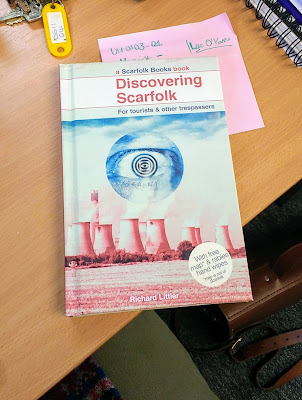 Set in the town of Scarfolk, somewhere in the North England, somewhere between 1970 and 1979, this is part novel, part cultural critique, part artwork and wholly brilliant. My own theory is that the UK is the only place where surrealism really became entrenched in the national culture and where it is still alive and kicking as a thread running through the mainstream, an especially dark and sinister surrealism: think "Inside Number 9", "League of Gentlemen", "The Bed-sitting Room". This book fits squarely into that mould and is based on the blog "Scarfolk Council", simultaneously hilarious and deeply disturbing, I can't help but imagine that post-Brexit Britain will really be like this.