Another packed week, kicking off with the "Chrysalis" show of works-in-progress by the final-year BA students, a fascinating glimpse into what we can expect come summer 2016. 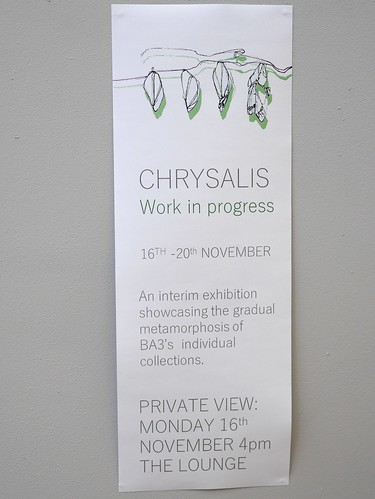 This was a particularly interesting show as it was necessarily quite "sketchy", even though some very distinctive completed pieces were included. I especially liked the work of Amber Cooper-Green with its echoes of the later Hermann Junger, the organic materials giving the work a very human appeal which adds to - and in no way detracts from - the cerebral qualities of the processes and form: 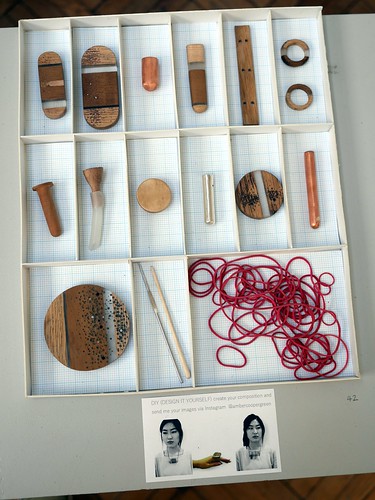 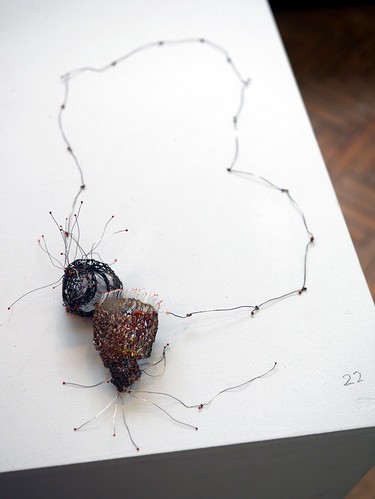 And I especially liked Beccy Williams' collection of enamelled vessels: 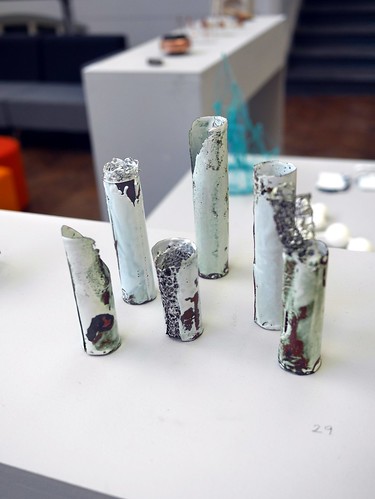 There were a total of about 50 makers shown, so this is only a few of my own favourites. It will be interesting to see the whole show in early summer 2016. 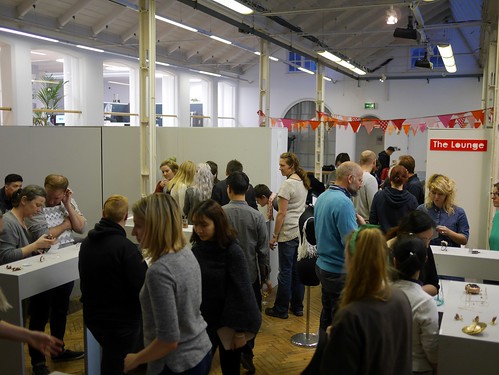 Time to pack up "JUNK", which was kind of sad. As the project progressed, I kept feeling like I would have liked to have tried another session, or to have handed the project out to my students and got them to try (the MA Students did have a go... I'll post photographs of that work next week) but it has gone. 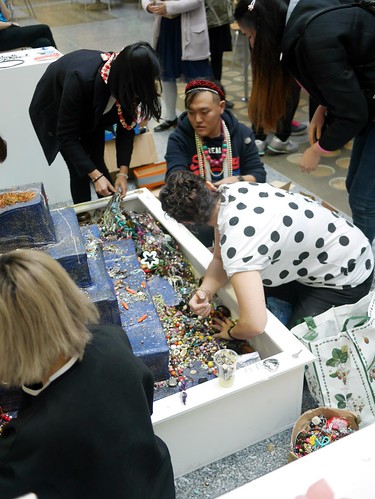 Don't forget that you can still see and bid on the pieces created during the show at the JUNK page on Crafthaus. There was a large body of work made by some very famous makers, so it is well worth having a look and bidding.

I've been working more on my watch-chain, fob and pocket-watch for Russ at The Dirty Pen: 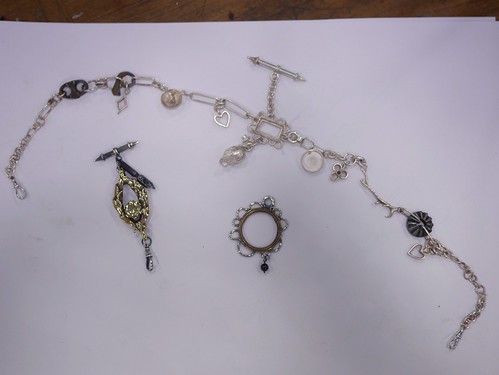 I'm really pleased with the odd element to the left of the photograph, which is a piece of scrap I found in the "JUNK" bucket and for which I gave a donation instead of using it in the project (Jo Pond did use one in the project but I don't have a photograph of it yet and it hasn't been listed on Crafthaus). The idea of the object is that it will allow the watch to be worn on a jacket lapel instead of on the full chain on a waistcoat: 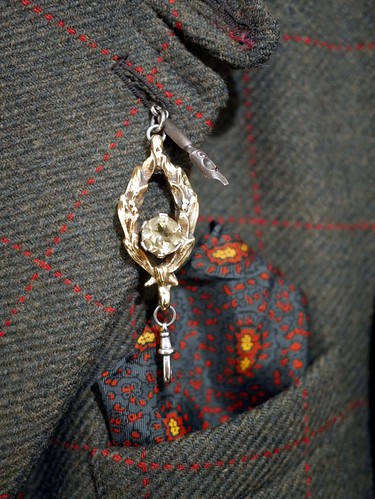 As Russ is a graphic artist, I have incorporated pen-nibs into the finished piece and will also be making the fob in the form of a pencil-holder: 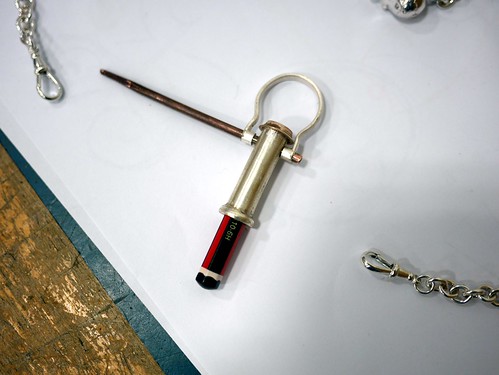 You may recall The Contemporary Jewellery Exchange 2015 (blogged in several places, most recently here) in which I was paired with Jan Donaldson from Australia. By an amazing synchronicity, Jan had a residency at a puppet-making centre in France, near the Belgian border, and we arranged for her to come and visit me in Birmingham before she set off. 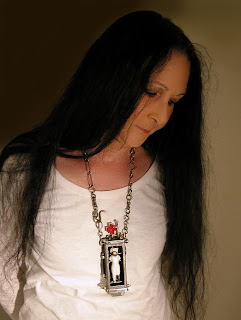 It was a brilliant but flying visit with a whistle-stop tour of the School of Jewellery and the utterly bizarre "Frankfurt Christmas Market" which takes up the whole of the centre of Birmingham, from the Centenary Square to the Bullring, a distance of nearly 1km! 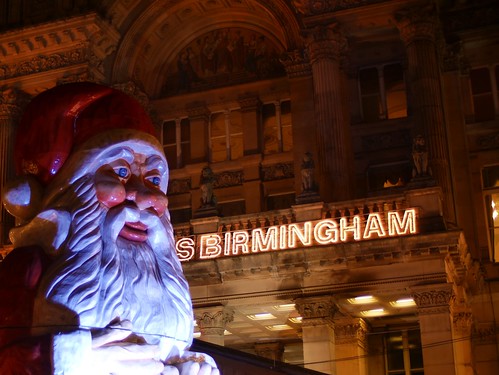 I'm sure that I read on the Birmingham Mail or somewhere that this market is bigger than the one that is actually in Frankfurt, but I could be wrong!

Of course, for an Australian getting ready for summer in her home-town, the sudden descent into blustery icy winds and overnight sleet was a bit of a shock for Jan and we spent most of the visit indoors.

Meeting with Jan was a big plus to having taken part in the project and Olga Raben is to be thanked for bringing us together. It has been brilliant to exchange ideas about puppets and dolls as elements of jewellery and the cross-overs between them, how these ideas fit in with my own "Theatre Pieces" (such as "A Forest") and how it can play out in the new work I'm planning based on Punch and Judy.

Jan has now moved on to France but I'm sure we'll be in touch again.

A chance conversation on Friday afternoon with my colleague, Rachael Colley, led to my attending an antiques fair in the National Exhibition Centre on Saturday to hear a talk about Whitby Jet. This tied in very nicely with taking Jan to the airport and seeing her safely off to France, then meeting Rachael in the train station which was absolutely packed with people dressed up for the ComiCon which was happening in one of the other halls. 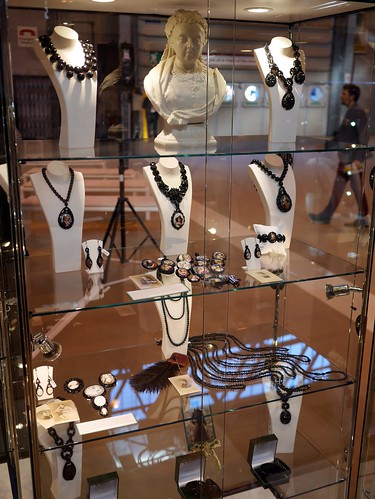 The exhibition of jet and the talk were arranged by the Whitby Jet Shop, W. Hammond and the exhibition is a precursor to them opening the new Museum of Jet in the centre of Whitby in 2016. Before I went to this, Dingo somewhat grumpily asked "what more" I could learn about Whitby Jet and it was no surprise that I did learn quite a lot more, despite several visits to the place, having read loads of books, having seen it on television programmes and having visited the wonderful Whitby Museum. 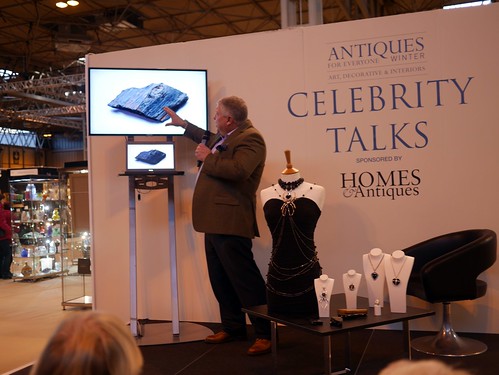 Chris Sellors gave an excellent and insightful talk about the material, the 'gemmological' features, the history and about his plans for the museum. 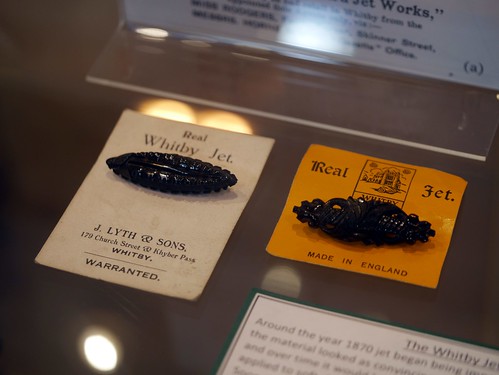 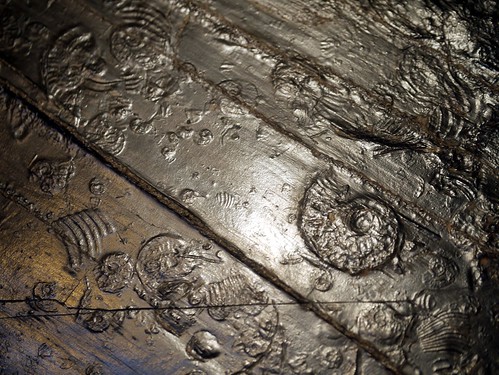 An excellent afternoon. I even got to model a tobacco-pipe made from Jet, probably not a good idea given that it is flammable! 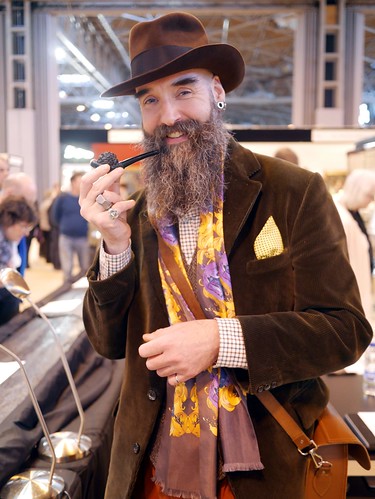 The rest of the show was pretty much about gasping at the inflated prices and laughing at bad taxidermy: 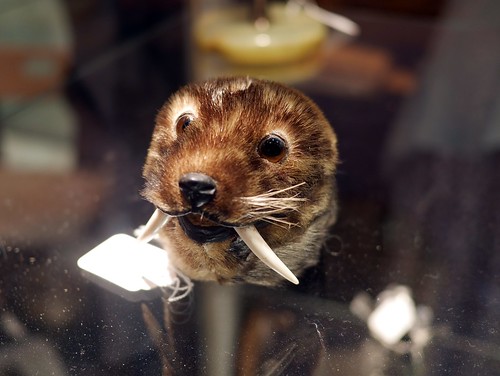 Or at paintings of women with beards: 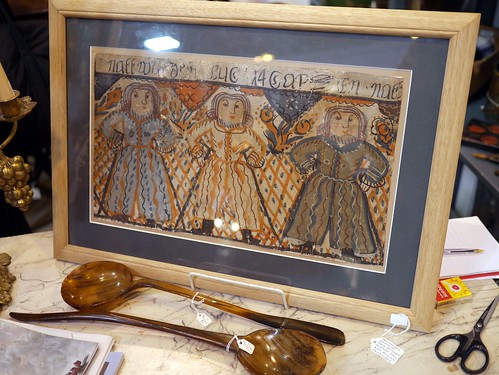 Unbelievably busy next week - Manchester tomorrow, London on Tuesday, Brighton on Tuesday night, Plymouth on Wednesday and Thursday and back to Birmingham for Friday then Brighton for a long weekend!