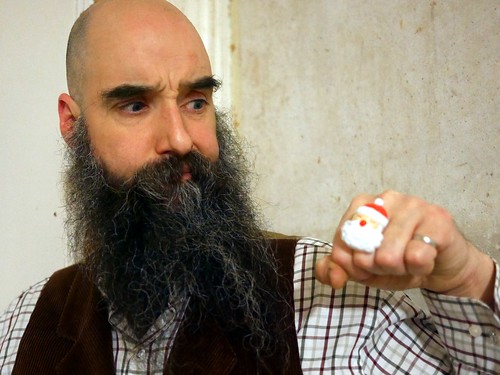 The last few weeks have been busy but ultimately I've not really achieved very much. The photograph above just about sums up my current attitude to Christmas and the plasti-tat landfill festival it has come to represent, not much aided by reading this important if miserable report by the wonderful people at MakeWorks: Christmas, Handmade in China.

Handmade in Scotland, however, I've been pretty busy in the workshops and making up not only work for myself in the form of a watch-chain of my own - after being so pleased with the one I made for Simon, but also finishing off some other pieces. One of my students - Inness Thomson - made the latest addition to my wardrobe, this pair of 1950s-inspired jet-pack cufflinks: 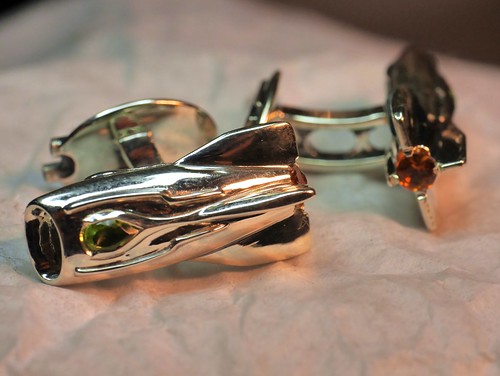 This is only the second piece I've ever bought from a student and I really love the humour of them, as well as the quality of the manufacture.

My own watch-chain was also completed this week, a double-Albert chain with a fob and a swivel seal in the centre. 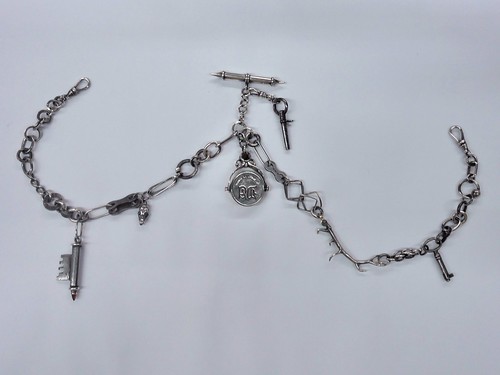 The whole is set with garnets, a black diamond, amethyst, carved bone and tsavorite garnet. The little key hanging from the central section is the key for my 1812 Birmingham-made full-hunter pocket watch and the chain contains bits of bike chain, keys, one of the silver antlers and a cast-silver skull from a tiny mammal (no idea what it is - one of my students gave me it a while back).

I made the seal digitally and I'm really pleased that the impression is as clear as it is: 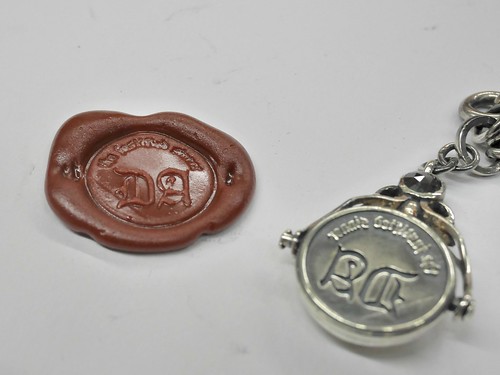 The fob was constructed from one of the discs from a broken date-stamp which I found last summer, set with garnets and a large moonstone: 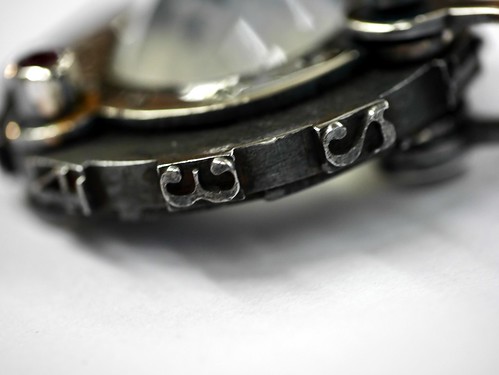 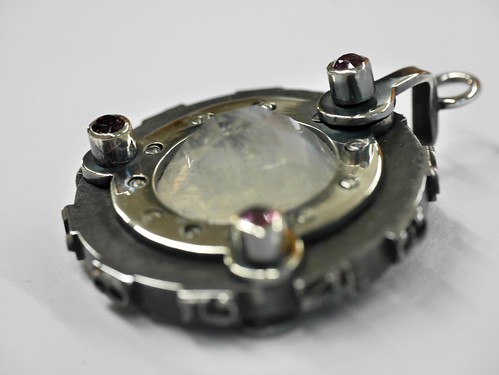 The cufflinks I was making for Dapper Gent have proved to be somewhat fraught but at long last they have been finished and delivered, despite the best efforts of the Post Office/Royal Mail to fail to get them there. Although completely unlike my usual work, I think that these are a success: 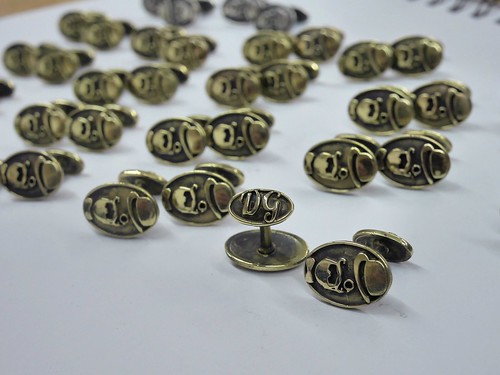 Having banned the students from making heart-shaped forms for the annual Christmas sale - which was probably the best-ever in terms of turnover and profit - the degree students challenged me to make a heart-shaped piece. I have tackled hearts before when I made the "Beneath the Skin" work a few years ago: 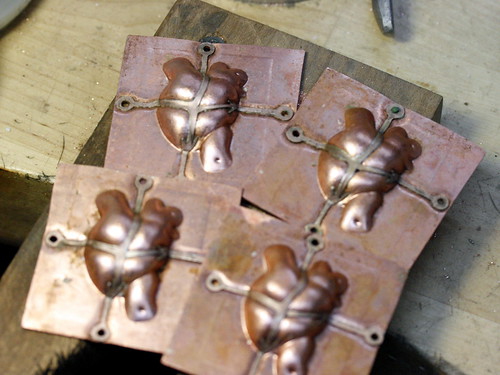 This time I decided to make another anatomical piece but thought that I would go with the very standard "heart-shape" stone and make something anatomical around that. I've been making some experiments with texture in Rhino and started to model up a vaguely anatomically-correct ribcage: 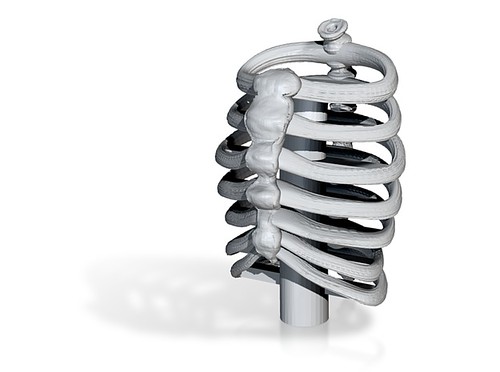 This was then produced in two forms, firstly I tried to mill it myself but it was also sent to be printed in castable wax at Shapeways. The milled version partially failed due to the limitations of tool access and the wax had to be cleaned up manually, which led to the loss of the textures on the wax but it cast well and I made it into a small pendant with a heart-shaped garnet stone inside and bio-mechanical aorta, set with garnets sticking out. Unfortunately, at this scale (about 25mm long) the internal stone isn't really visible as a heart: 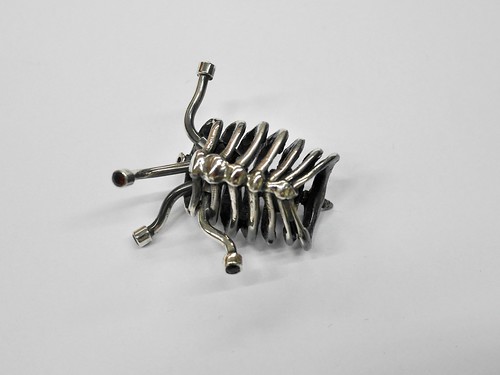 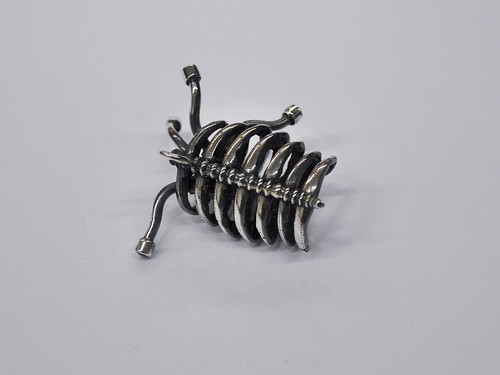 Down in Brighton now and relaxing! Excellent. Sunday night was spent at the annual "Burning the Clocks" festival, a kind of pseudo-pagan fire festival to celebrate the winter solstice: 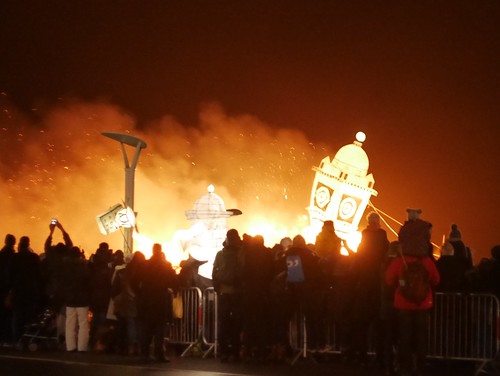 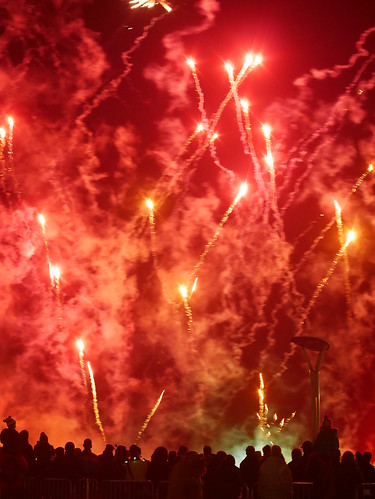 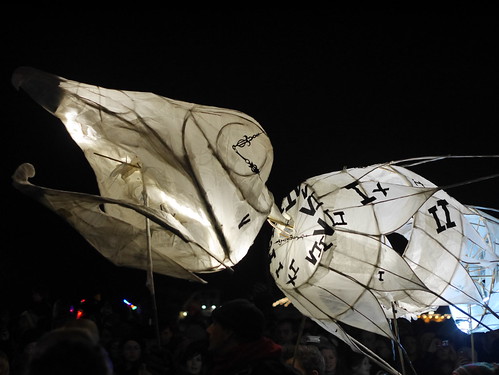 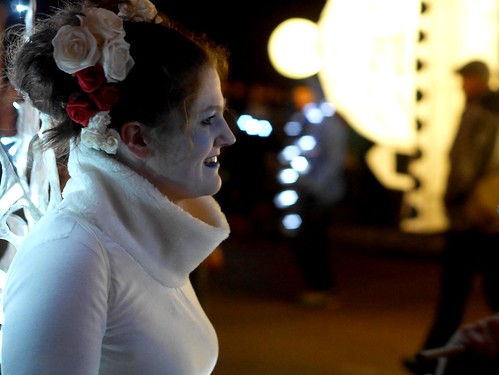 That's all from me for the season. I'll post a review of the year next week. Have a good holiday!