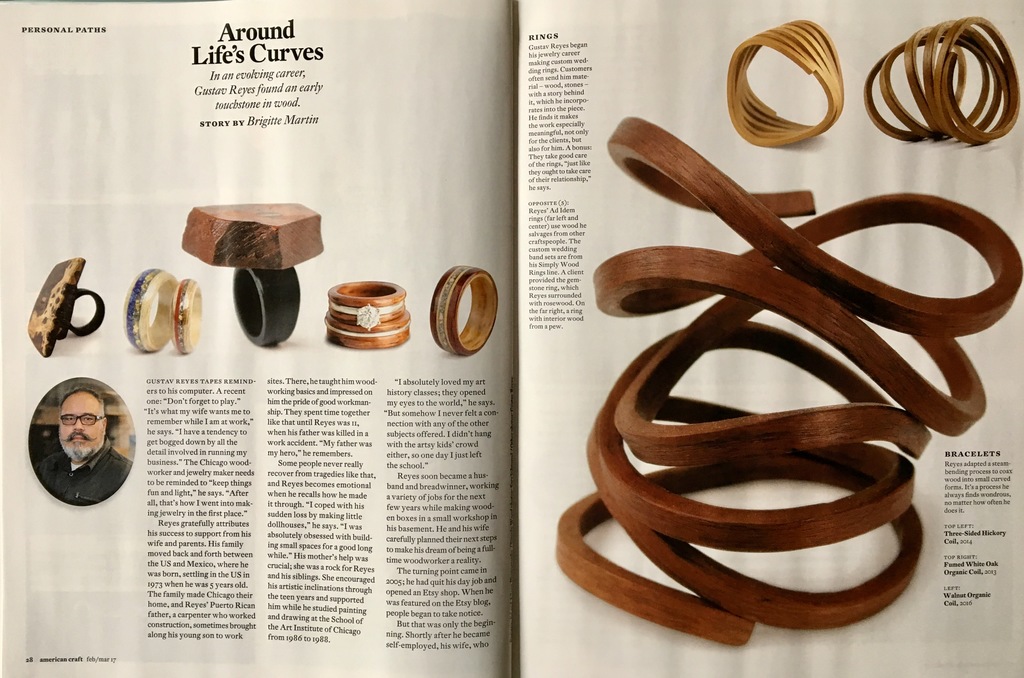 I am happy to report that my newest article has just appeared in American Craft Magazine! Look for pages 28-31 in the Feb/March 2017 issue. Mariana Acoasta, an educator inspiring a choir of new voices

Process for Making a New Neckpiece…

Open to all artists working in found materials

Reworking and Revisiting: When is a piece truly finished?

The piece "Rectified" was originally completed in 2015, and at the time, it represented the resolution of a number of visual, conceptual, and technical considerations that had surrounded my work and specifically my small cast-bronze sculptural units since graduate school. While the solution of the rock form and wooden base as the appropriate way to display the tension and sense of abstracted industrial decay of the bronze unit was a significant step in the right direction at the time, I… The art of mosaics is often overlooked and stereotyped as a “hobby craft.” However, if you dive headlong into the world of contemporary mosaic art, you’ll be amazed by what’s out there. The colors, compositions, subject matter,…

Unfortunately, I was 'triggered' this week, even within my 'safe space' of bed. Frankly, it is my own fault: I've been watching the fantastic Ridley Scott version of Philip K. Dick's "The… After the success of the last 16 years, this year Ruudt Peters begins his summer workshop under the title NOW RADICAL. Peters has been a professor at three of the most prestigious universities in Europe, the Gerrit Rietveld Academie in Amsterdam 1990-2000, Ädellab…

I am super excited to get to know all of you here!

I am currently an MFA in Metals student at Memphis College of Art.


Perception is my primary inspiration. I explore ideas about the human paradigm through the creation of religious objects and perceptually engaging jewelry. I love to learn about the processes and creations of humans and the natural structures in the… 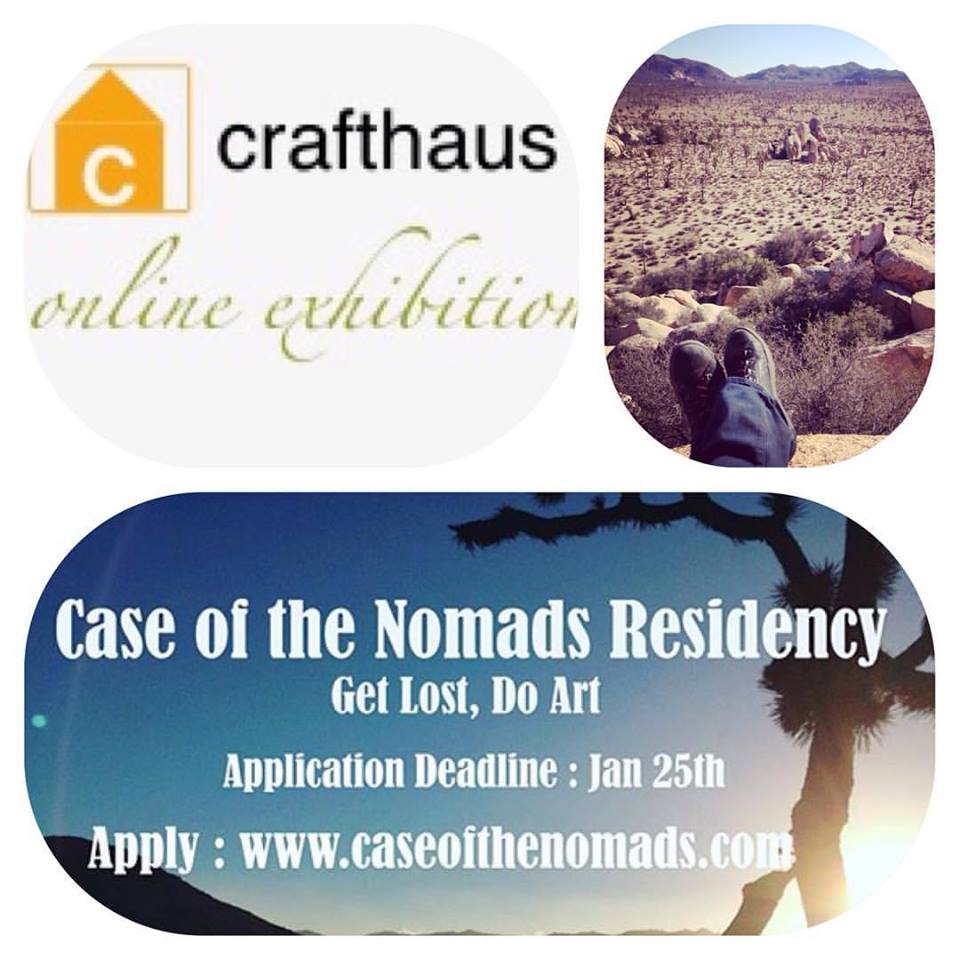 CASE OF THE NOMADS RESIDENCY AT JOSHUA TREE NATIONAL PARK

Spend 7 days off the grid with Nomadic Artist Casey Sheppard @caseofthenomads in Southern California at Joshua Tree National Park! The purpose of this residencies is to allow artists the opportunity to… 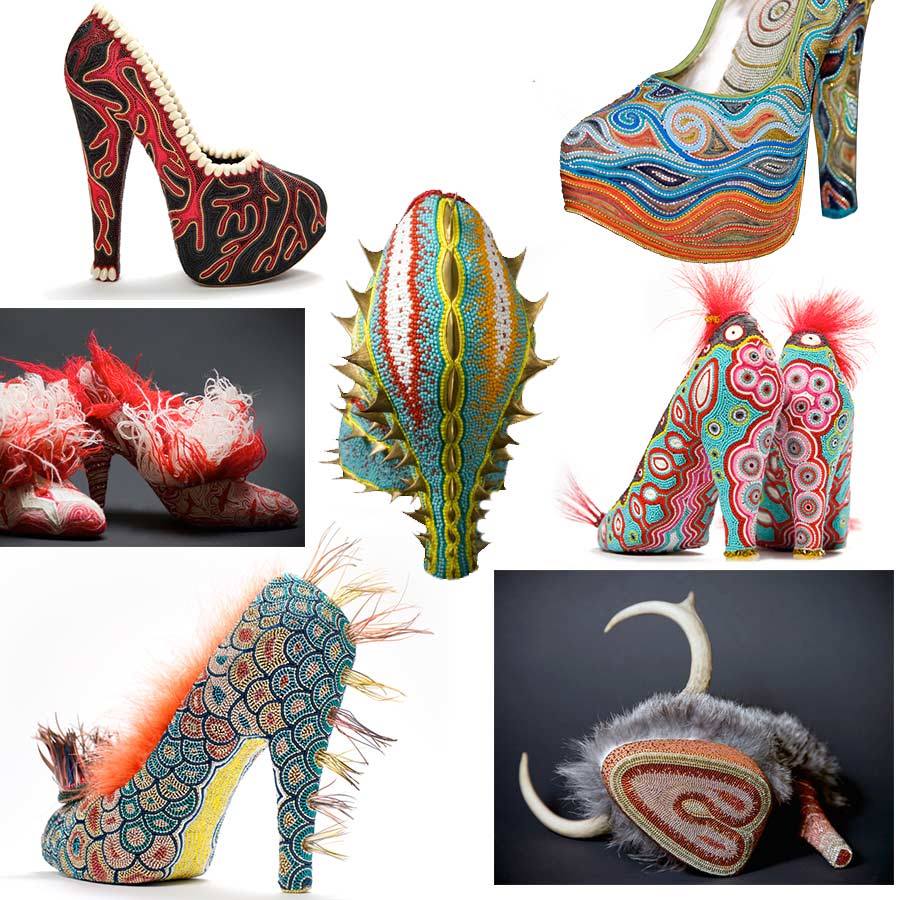 Marina Dempster - Stride in These Shoes!

Marina Dempster describes her work as sculpture. Her primary technique is a contemporary translation of the pre-Columbian Huichol art of “transformational yarn painting.” She meticulously embeds beads and yarn into her forms with her hands and some… VIA: MUSING ABOUT MUD

"Art has been an obsession of mine since I was a little girl. It… Swedish designer Ulla Stina Wikander uses household appliances and cooking tools as the base to her cross-stitched sculptures, bestowing outdated objects with a new…

In the coming week is the start of my 6th semester in college.

I hope to make tons of art and plenty of jewelry.

With a new vision for my work, a sharp focus on conceptuality pertaining specifically to antitheism and other social beliefs, I hope you all find this new work interesting.

Many of these pieces will be on display at many venues, including the SNAG conference in New Orleans.

So much art, so little time. Orawee Choedamphai deals with the concept of the space “between.” Her woven sculptures are created to be viewed from all angles - both inside and out, front and back. Choedamphai pulls from traditional craft skills (basket weaving and knotting) to create work that… 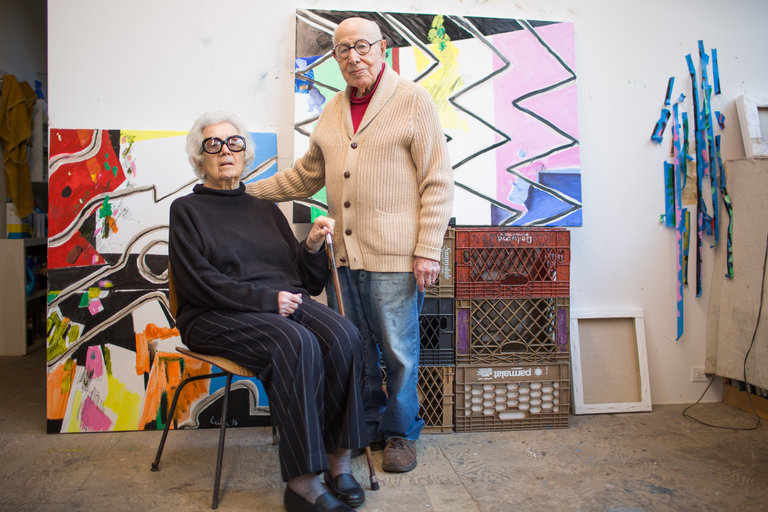 Judith and Gerson Leiber in Mr. Leiber’s studio in East Hampton, N.Y. The couple — she’s a handbag designer, he’s an artist — are the subject of several exhibitions. Photo credit: Lindsay Morris for The New York Times

Artist Craig Barnes first saw the Futuro house as a child while visiting family in South Africa. Over the years that followed he revisited it time and time again, dreaming of one day owning such a magnificently odd construction.

In April 2013, an unexpected chain of events led Craig to buy the Futuro…