But before I jump right in to the main topics, here’s a backstory to give some…

End Of An Era

Waa!
My wonderful, indispensible, reliable, cheerful, friendly, unflappable workshop technician, Fiona, is leaving on Thursday. She's found a better-paid job with more promotional prospects and she'll be superb. The students will all miss her and they arranged a lunch for her today, which was great fun.…

thoughts about boston, in retrospect.

this was 2011, posting this today in honor of my last experience there.. The crazy Easter Holiday is over, back from Istanbul, Brighton and the Bowie exhibition at the V&A - quite wonderful, well worth seeing if you are a Bowie fan, probably best avoided if you are not - and back into the workshop. I've been there for a week now, but it has been so hectic that it feels like I've never been away.

My first morning back, I had agreed to help the Physical Education department to train their new personal trainers, so I was sweating buckets on a… 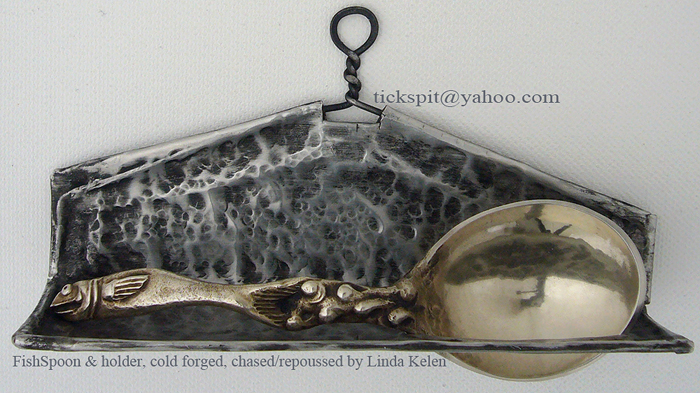 THIS is Fish Spoon & Holder #2.
I've given it to the Habitat ReStore Salvage Art Show.
It can be seen at the Artisan Gallery, located at 6858 Paoli Road in Paoli, Wisconsin
The Artists' reception for Artisan Gallery will be held April 19th from 5 to 9 PM;
I expect to… I've donated it to the Habitat ReStore Salvage Art Show
for the annual Habitat for Humanity of Dane County benefit.
It can be… Friday morning, I set off early to cross the Bosphorous and set foot in the Asian continent, the "Asian side" of Istanbul. The weather was clear and warm, by far the nicest of the week, and I boarded the ferry to…

Thursday and the second day I had to be a tourist in the city, I headed off to Topkapi Palace, a place which has held much fascination for me since Dingo introduced me to the 1960s caper movie, "Topkapi", a favourite fun film for both of us. Naturally, as a jeweller, I wanted to see the famous treasury and, as a metalsmith, the armoury.
I can't say that I was disappointed in the objects on display, but I can say that it was one…

Wednesday, I had the chance to relax a bit and be a tourist in the city, heading off first thing to see the amazing Hagia Sophia, the wonderful Orthodox church, turned mosque, turned museum.… Just returned from my five days in Istanbul where my first solo show was held in the Ayse Taki Galerisi as a result of the kindness and generosity of both the gallery owner, Ayse, and my friend and colleague Umut Demirguc Thurman who worked incredibly hard to make the show a phenomenal… 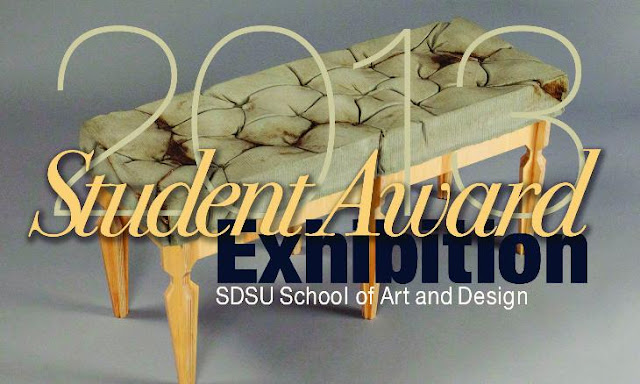 Every Spring semester in SDSU many undergraduates and graduates apply for the annual student awards exhibition. Many great art works were juried to be on this group…

Congratulations to metals undergrads and for those who came to the opening to support.
Everyone's work looked great, love you guys!…
Continue