Well, the students are back and their usual daft fun has begun. I came into the workshop today to find this on my benchpeg: A present from Sweden. Unfortunately, the new students who don't quite have the same…

Just back from another weekend at the Edinburgh Festival and a whole new raft of students who arrived on Monday, eager to learn. Always a bit daunting, but after the first full day in the workshop, making a simple polished brass ring (!), they mostly seemed pleased. Long may it continue.

Festival fun, as ever, with a series of events I didn't plan to go to. Started on Friday night with the Orchestra of the Age of Enlightenment playing some music I had very mixed feelings… The coveted issue of metalsmith, which I tried for years to get into and here I am, the Second year in a row, this time within the curator's interview…

Back At The Bench

It is so good to finally be back at the bench and working on things again. I managed to get quite a lot done on two projects, cutting open the iron balls that will become "Fashion:Victim - In Memoriam ALMcQ" And also getting some bits and pieces together for "Future Legend", a… I just received confirmation that I will be doing a Book Release/Signing Event at The Bookstore in Lenox, MA on September 25th for my new book "Roots, Stems, and Branches; A Recollection". I hope that, if you live in the area, Berkshire County, MA, Hudson River Valley, Northwestern CT, anywhere in the Northeast, that you'll come help me celebrate at this event.

Dear Friends,
For the past ten years, I’ve been working on a project that I hoped would define those moments or events in my life that directed me to making my jewels. I’m thrilled now to announce the publication of my new book, Roots, Stems and Branches; A Recollection—the result of those many years of writing, art making, and personal reflection.

I am looking for artist (in any medium) to display artwork that deals with the medical field.  There is no entry fee, I am curating a show with mixed media (from sculpture to ceramics, painting and weaving...whatever) that is inspired by medical ideas, objects, diseases....again...whatever.

If you are one of these artist making work like this, PLEASE email me asap at:…

In Leeds, Yorkshire, for a training course in using Gemvision's "Matrix" software for jewellery design. Matrix is a kind of super-sophisticated overlay for Rhino, which is aimed squarely at the commercial and retail markets but which has enormous potential for the less traditional maker too, having tools which allow the laying out of pave settings on any shape, the ability to calculate how many stones of a given size it would take to…

It's thrilling to be a part of a very exciting and hip magazine.

Please take a few minutes to take a look at my work and others:

If you work with digital photos, here is an opportunity.  A new book, "Things to Make and Do with Your Digital Photos' is looking for submissions. 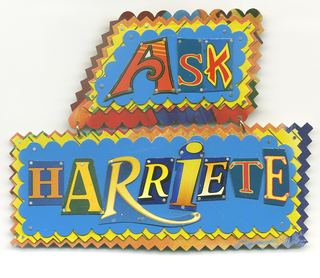 Quarto does a nice job publishing their books and they say, "If we select your work for inclusion we will ask you to…

Further to my last post, please note that I confused two pieces in my head! Kevin Coates made a Magpie Brooch which was shown at Goldsmiths': the Magpie Neckpiece to which I referred was by Charlotte de Syllas. Apologies to both makers.

The neckpiece can be seen on her website: http://www.charlottedesyllas.com/

Just back from the incredible exhibition of work by neo-Renaissance artist-goldsmith, Kevin Coates, Time Regained at The Wallace Collection in London. I love Coates' work and have done since I saw his Magpie Brooch at Goldsmiths' Hall some time in the early 1990s, so it was an absolute joy to be able to view a large selection of his works, some older along with 12 new Penumbrae, which make up the main part of…

As discussed in the previous post, the recent break took us to New York City as well as other places. I'm probably going to annoy a good number of people with this comment, but both Dingo and I much preferred Pittsburgh to NYC!

In NYC, we met up with Stevie B and his partner Tabitha and spent a lovely day with them at the Museum of Arts and Design, followed by lunch and a walk in Central Park. The exhibition at MAD was the highly engaging "Otherworldly", which is an…

Back In The UK: US Visit Part One

At last! A moment in this mad summer break to get a few words down about what I've been doing. Some of you will already know that I spent the last three weeks in the USA, visiting New York, Pittsburgh, Erie and Edinboro, which was quite easily the most productive and fun break I've had in years. Not so sure that Dingo appreciated being drafted in as my PA, though!

It all kicked off with a talk at the Society…